9/22/2011: We’ve written before about how UO General Counsel Randy Geller has hired longtime NCAA insider Michael Glazier for $150,000 to clean up the Willie Lyles mess – or at least sweep it under the rug, save Kelly’s job, and avoid paying Lyles the last $25,000 he was apparently promised.

Geller *really* does not want to tell us how much of that bill the academic side of the university is paying. We will have those numbers soon – and no Randy, we’re not going to pay you $57.03 for them. Here’s the latest invoice from Glazier. Download it and the contracts here. More on this later. 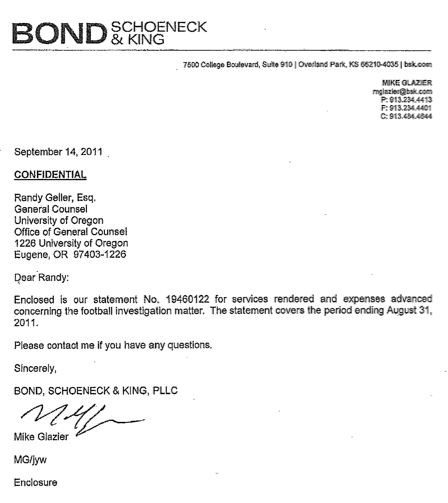