Of course I mean the OSU Foundation, report here. In contrast, while the UO Foundation’s report for the fiscal year closing June 30 2013 was due Nov 15, they’ve filed for an extension until Feb 15, and they will presumably file for another, preventing the release of the IRS required information on revenue, expenses, and executive salaries until May 15 2014. They also haven’t released their standard annual report showing what they spent donor money on, usually out in September.

However this report from the independent OUS audit, released a few days ago, gives a clue as to our Foundation’s priorities: What’s that about? My guess is that UO’s special supplemental retirement plan for current and former executives and coaches was underfunded, so they hit up the Foundation for $7.2M to make up the difference. To put this in perspective, for 2011-12, the last year for which they’ve released data, the UO Foundation spent $7.0M on merit and need scholarships. Total payout from the endowment was roughly $21M. No wonder Paul Weinhold decided not to put out an annual report this year. 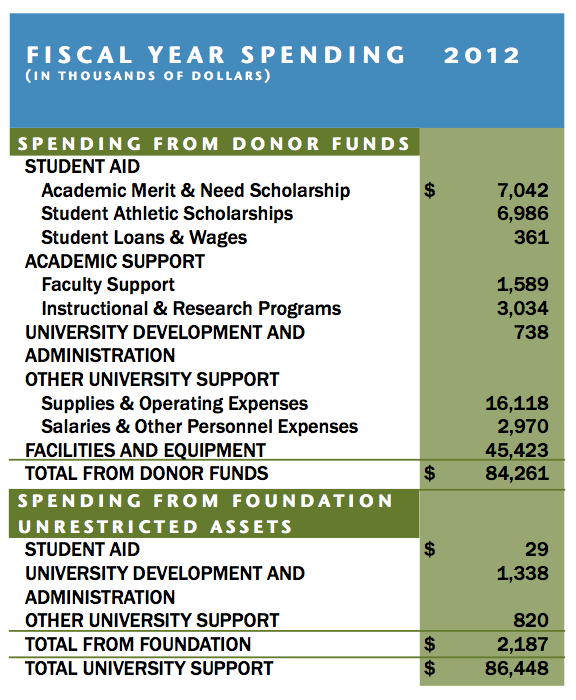