The efforts by the UO administration to set a precedent that would gut the equal pay act by arguing no two professional jobs can be compared have been rejected. The case now goes back to Judge McShane for a jury trial. Here’s hoping that President Schill finally decides to settle this before inflicting more shame and billable hours on UO.

Reversing the district court’s summary judgment on the Equal Pay Act claim, the panel held that on such a claim, the plaintiff has the burden of establishing a prima facie case of discrimination by showing that employees of the opposite sex were paid different wages for equal work. The plaintiff must show that the jobs being compared (not the individuals holding the jobs) are substantially equal. The panel concluded that, viewing the evidence in the light most favorable to Freyd, a reasonable jury could find that she and her comparators performed a common core of tasks and did substantially equal work.

The panel concluded that, first, Freyd challenged a specific employment practice of awarding retention raises without also increasing the salaries of other professors of comparable merit and seniority. Second, she put forth evidence that this practice caused a significant discriminatory impact, and a reasonable jury could find that her statistical analysis showed a prima facie case of disparate impact. The panel agreed with the Seventh Circuit that where a sample is small but the results nevertheless indicate a disparity, the granting of summary judgment in favor of the defendant is premature.

which does get to the difference between statistical inference and conditional population means. The other complexities of regression analysis are explained in a single footnote:

UO’s payments to Barran-Liebman (not just this for this case) are running about $280K a year:

(Note: All my posts on this case are here, including the most recent take down threat from UO’s Lawyer Paula Barran, here. Haven’t heard a peep from her since.)

The link is at https://www.ca9.uscourts.gov/media/live_oral_arguments.php and I assume on Tuesday they’ll have a link to live-streaming at the Pioneer Courthouse (Portland). Court opens at 9AM and this is the third case, so it will probably start sometime after 9:40, although for the circuit court arguments Judge McShane inexplicably kept a full courtroom waiting for 20 minutes, so who knows.)

The nomination was to the seat being vacated by Judge Jay Bybee, who previously announced his intention to take senior status on December 31, 2019.[13] Six retired justices of the Montana Supreme Court publicly opposed VanDyke’s nomination.[14]

VanDyke received a “not qualified” rating from the American Bar Association. ABA evaluators conducted 60 anonymous interviews with lawyers, judges, and others who had worked with VanDyke. The ABA published a scathing critique of VanDyke in a letter to the Senate Judiciary Committee; that letter asserted that interviewees described VanDyke as “‘arrogant, lazy, an ideologue, and lacking in knowledge of the day-to-day practice'” of law.[15] The ABA added that “‘There was a theme that the nominee lacks humility, has an ‘entitlement’ temperament, does not have an open mind, and does not always have a commitment to being candid and truthful'”.[16]

The second member is Kathleen Cardone, a G.W. Bush appointee whose most cited opinion regards labor law and progressive discipline. She found for the employer.

The third member of the panel is the Honorable Jay Bybee, of whom wikipedia notes:

While serving in the Bush administration as the Assistant Attorney General for the Office of Legal Counsel, United States Department of Justice, he signed the controversial “Torture Memos” in August 2002. These authorized “enhanced interrogation techniques” that were used in the systematic torture of detainees at Guantanamo Bay detention camp beginning in 2002 and at the Abu Ghraib facility following the United States’ invasion of Iraq in 2003.

He was confirmed by the Senate before his role in the torture memos was revealed. 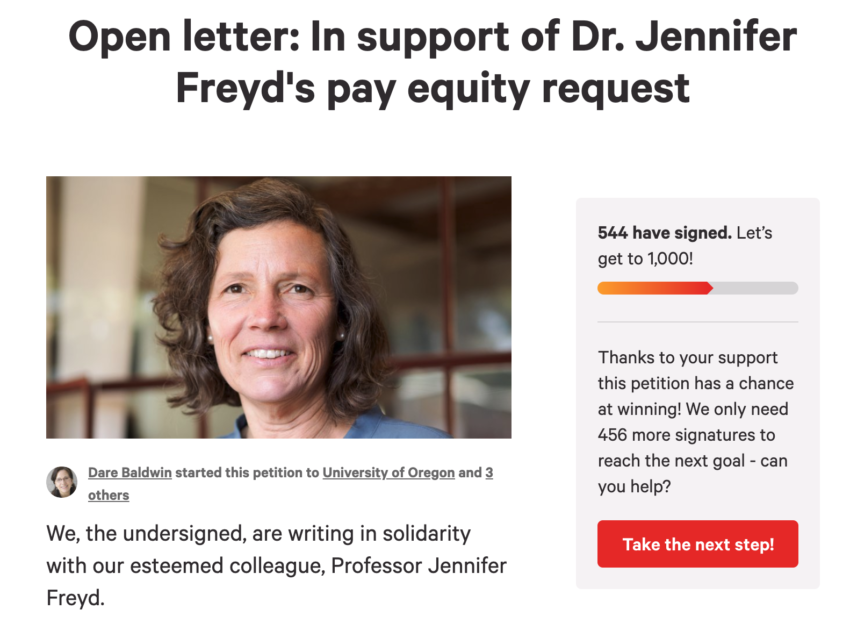 2: A month later, and UO’s lawyer Paula Barran still hasn’t followed through on her threat to send my ISP a DMCA take-down notice over my posting a clip of her bio sketch: 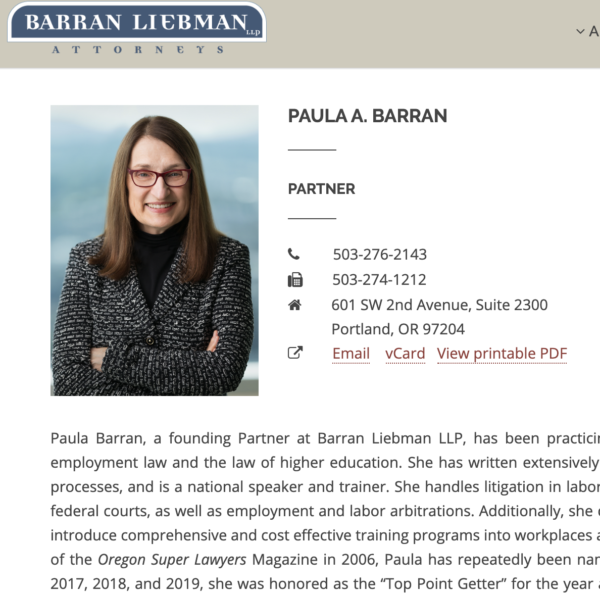 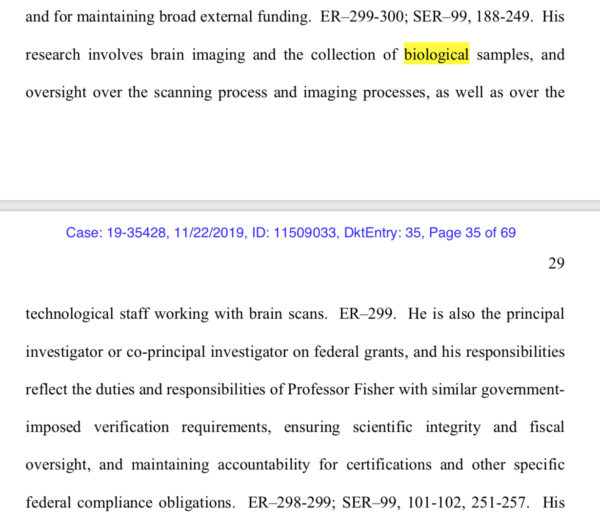 6: The real problem with Barran’s brief is that it reiterates the UO administration and President Schill’s argument, which McShane’s opinion accepted whole-hog, that professors’ jobs are not just different from each other, but so impossible to compare that no female professor will ever be able to identify comparator male professors, and therefore will never be able to win a gender discrimination lawsuit. I’m guessing this is not what the Congress had in mind when they wrote the law against gender discrimination.