What will Moseley do now?

HEAT, a committee composed of 22 people, including representatives from Crook, Deschutes and Jefferson counties, was asked to come up with the recommendations in line with the goals of increasing education offerings and opportunities for students in the region, and increasing enrollment at Oregon State University-Cascades Campus.

…. Third, the plan calls for OSU-Cascades to take over all University of Oregon programs currently offered at the campus to simplify the operation and make it run more efficiently. Currently, both OSU and University of Oregon operate degree programs on the campus. Under the recommended plan, OSU would become the only entity on campus.
Students currently enrolled in UO programs would be allowed to finish them, but within two years the university’s role would be phased out. OSU-Cascades would continue offering the four programs the UO currently operates on the campus.
UO programs

“When this campus started, it was important that we use everything at our disposal to try to get the campus up and running,” Johnson said. That included the UO’s programs. But as the campus has grown, having both universities on the same site has been a challenge, with different policies and procedures, faculty promotions and other work force issues. Students can’t currently major in one school’s program and minor in the other school’s program; administrators must know both colleges’ policies, and marketing OSU-Cascades is bogged down with two brands.

“We feel it’s more efficient” to offer the programs through one university, Johnson said. “And if there’s a specialty program or a niche that another school could offer better than OSU-Cascades, they should be invited in to do that.”

Jim Bean, the University of Oregon provost, said it was a difficult decision, but ultimately would be the right one. “At the beginning, it was the issue that no one wanted to talk about,” he said. “This was not a turf war at all. It was an examination of a number of options.” Bean said to help make the transfer process between COCC and OSU-Cascades seamless, the University of Oregon had to step out of the way. “To have the UO there would not make it twice as hard, it would make it three times as hard,” he said. Under the recommended plan, University of Oregon faculty would be offered the opportunity to transition into positions with OSU.

Provost Bean has claimed that UO was making money on the Bend operations, but nobody really believes that, the understadning is that we have been subsidizing this program because former Provost John Moseley wanted us to and nobody had the guts to call him on it. My understanding is that the OUS Board still needs to decide whether to act on these recommendations. It doesn’t seem like John Moseley had any substantial role in the HEAT working group – despite the fact that we pay him $124K to be UO’s “Central Oregon Liason”.

7/9/2010: A reader passed along this Oregonian story by Bill Graves. The OUS board has finally pulled the plug on UO Bend.

The University of Oregon also offers a degree program in Bend, but it will turn its courses over to Oregon State to give students a more efficient and less confusing path to a four-year degree.

The reader wants to know what we think this will do to former UO Provost Moseley, who is still getting paid 1/2 time at a $248,941 FTE, to – supposedly – act as UO’s “Central Oregon Liason”. In reality, he does jack – from his fishing retreat on the Deschutes. I’m not kidding, you can rent one of his lodges here, for $4300 a week during the high season. Most people think the only reason we ever started this program – on which UO loses about $1 million per year – was to provide a retirement sinecure for Moseley, who’d been buying property over there for years, and hiding that from the Oregon Government Ethics Commission. Apparently this was the running joke at his retirement party. 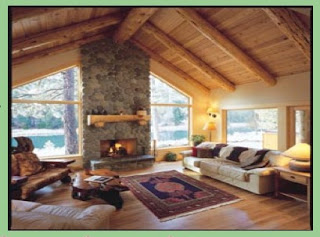 I think I’ve seen that rug before:

UO pays the dude until the summer of 2012. For the curious, the contract between Moseley and then President Frohnmayer is here. It’s such a blatant attempt to subvert the PERS rules I assume that UO could break it easily. BTW, the OUS Auditor’s anonymous tipline is