Of course UO would never interfere in a student election. And anyway, it’s OK, everybody does it. Wait: the EMU is generating profits as an IRS 990 auxiliary and then using them for a political slush fund? It’s like Nixon and milk. OK, not exactly, but I wonder what else is under that rock. Next time get Paul Weinhold to give you some UO Foundation money, much harder to trace.

For the record, here’s what the RBI campaign consultants actually said: 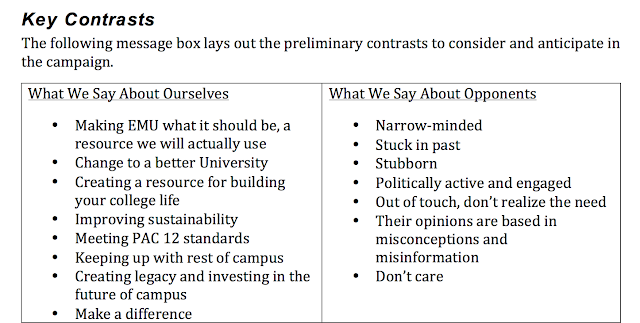