Update: Berdahl appointed Dennis Galvan as interim VPIA last year. For a while it looked like Pres Gottfredson was going to give him the permanent job without a search, but to his credit he seems to be conducting a thorough search for other potential internal candidates, in accordance with Senate legislation:

This is to announce that we have extended the original application period for the position of Vice Provost for International Affairs.

The new deadline for applications is Friday, May 24.  While the original announcement was available on the HR website and was sent to Deans, Directors, and Department Heads, it has come to our attention that that email distribution to faculty was not uniform across campus, so that some of you did not have a chance to consider applying for the position.

Please accept our apologies for this oversight.

But UO’s Public Records Office reports there’s no money yet.

I wish hereby to request records related to the transfer of financial resources, including electronic banking receipts, from the government of Gabon to the University of Oregon and its subentities such as the UO Foundation. Please limit your search from January 2012 to present.

Meanwhile Dennis Galvan has posted a response to a petition from Gabonese students opposing the deal, here.

11/19/2012: Call me a skeptic, but this agreement between UO and Gabon seems to be more about buying some goodwill for the kleptocratic government of Ali Bongo Ondimba than about helping his country’s people. $650,000 for advertising what, exactly? $200,000 to listen to Al Gore, Prince Charles, or Bono? Tough choice. 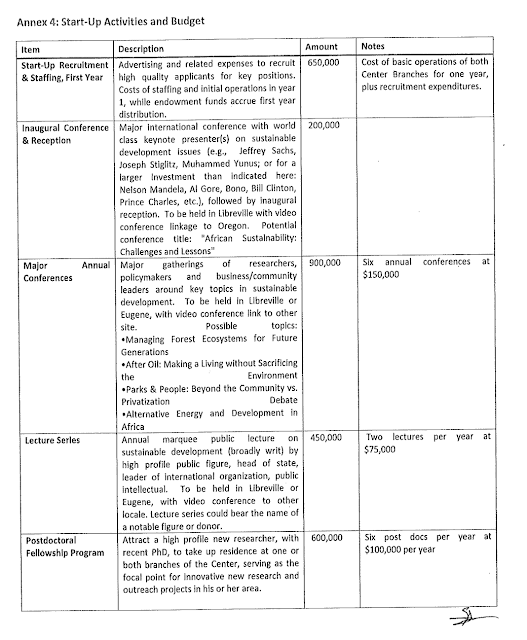 I asked Interim Vice Provost for International Affairs Dennis Galvan for this report a few weeks ago – never got a response. His office does have a very fluffy post about UO and Gabon, here, and eventually they posted the doc. Galvan was appointed as Interim, but that seems to have quietly morphed into the usual JH “Vice Provost for Life” job, without faculty review. I like Dennis, but this is just wrong.

Meanwhile, from the 2010 US Senate report on international corruption. From all accounts this sort of thing has continued since Omar Bongo’s son Ali was elected President, and the new French government has refused to go along with any more of it. 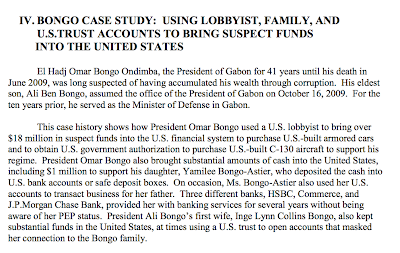