NCAA to Seastrunk: We own you. 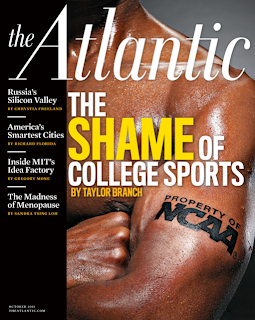 9/30/2011: Lache Seastrunk was recruited by UO under the $25,000 Willie Lyles deal. This summer he transferred to Baylor because he thought it would improve the chances he would get playing time, and someday get an NFL contract where he could make some money off his skills.

Not so fast – the NCAA has just denied his petition to play this season, and is making him sit out a year. Why? Because the players are getting uppity, and they need to be shown who’s the boss.

The other people involved? Willie Lyles is working in a Houston grocery store, for $8 an hour. Chip Kelly is getting about $300,000 a month. His contract with UO is here.

Excellent article in the Atlantic on the larger scandal, here.