Why did Lidz resign?

6/2/2010: Greg Bolt of the RG has a story on the Jerry Lidz resignation, here, suggesting Frohnmayer deserved more of the blame for the Bellotti payoff than he got. Which was none. Meanwhile the lawyers are in an uproar over Lidz – this is the third of AG Kroger’s top appointments to leave. Here are some of the questions: 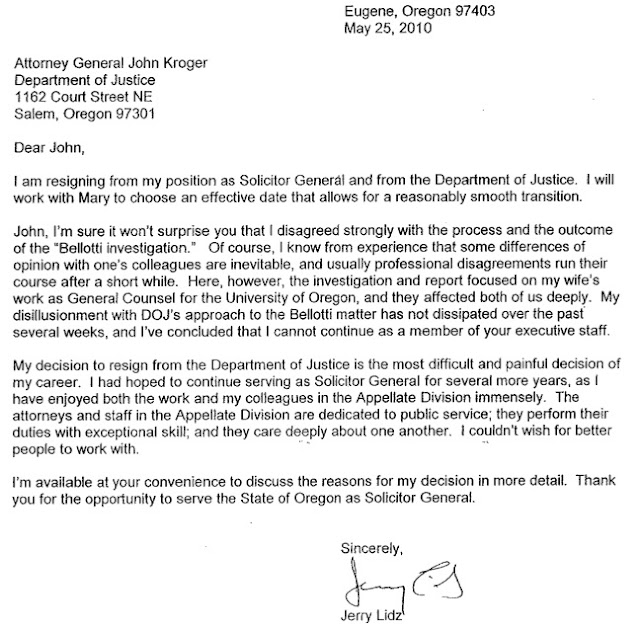