Have you seen the world’s funniest joke book?

9/3/2010: Eugene will likely use federal stimulus money to remodel 13th between Alder and Kincaid, hope they do it soon. Alan Pittman doesn’t like it, but to me this looks like a nice improvement to the rundown street that is UO’s real entrance, for everyone except the jocks that get free parking under Matt Court. Besides, the bike people seem to like it. Not that it matters, the backstory is that Frog sued the city over working conditions and the settlement requires widening the sidewalk to give him 3x as much office space as a UO Professor. But then Frog has a higher impact factor than most of us: 67,700 hits.

In the comments, Ted posts:

Not only is it going to be better and safer for everyone (bikes, peds, and cars), the 13th section isn’t even the important part of the project. The rest of it is a redesign of Alder between Franklin and 19th, creating a two way “cycle track” on one side of the road. 13th between Alder and Kincaid is actually being used to pick up on-street parking that is being moved off of Alder (North of 13th). The fact that parking on 13th is being increased and we are STILL calling it a nice, safety-focused redesign is a testament to the hard work of the bike/ped planners working for the city. This project deserves the support of the UO community.

I am sure I’m not the only fixie rider to be a little disappointed to discover a cycle-track is not the same thing as a velodrome, but in all seriousness this proposal looks great. I hope all the new trees don’t block the sidewalk and drop leaves on the path – not that I don’t use a handbrake. 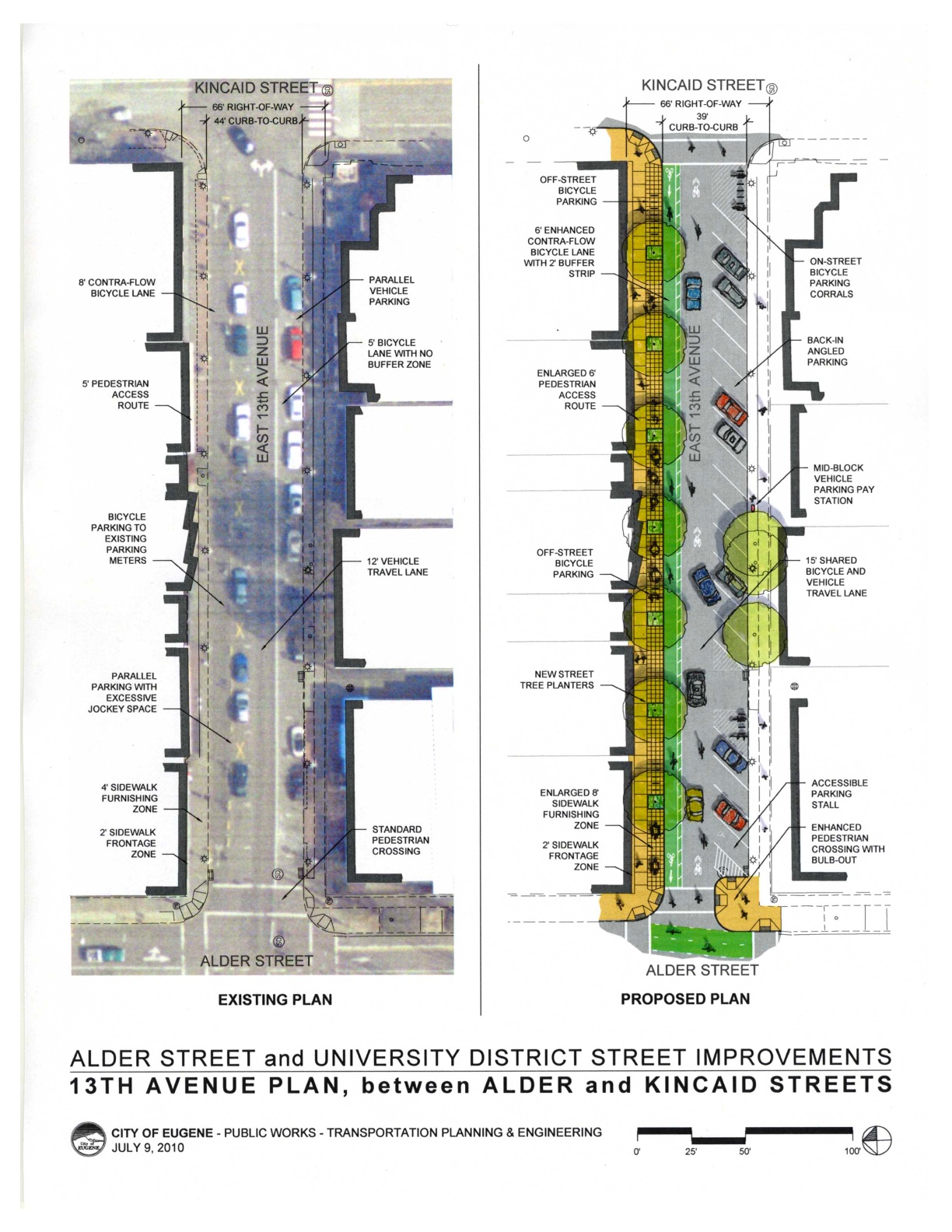