If you are a great teacher, a successful researcher with an international reputation, with federal grants, and an outside offer from an AAU university in hand, you try going to your Dean, or to Research VP Rich Linton, and get that kind of raise. They will politely laugh you out of the office. Maybe you will get 10%. You will argue over $500 at a time.

But if you are a UO administrator, the Johnson Hall ATM is open, no limit on daily withdrawals. Hell, you don’t even need a photo ID. $61,674 raise, to a nice round $200,000 a year. Why haggle between friends? Hey, it’s just the students’ money anyway. 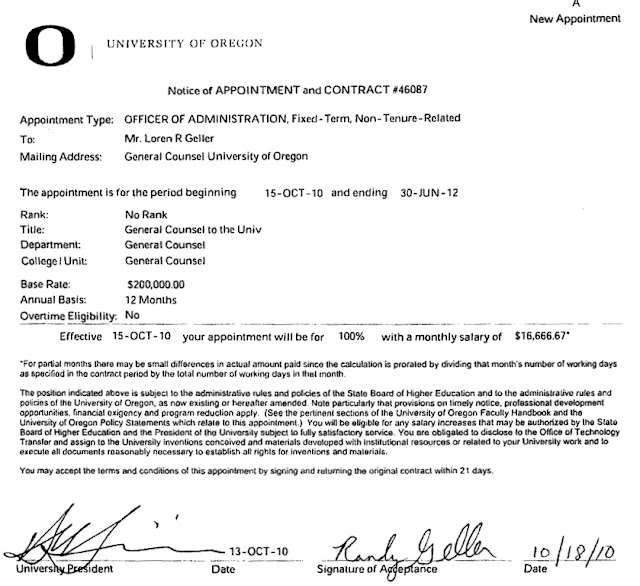 This was an open, national search. I made a public records request for the cover letters and resumes for the finalists 10 days ago. I wonder what is taking so long?