11/16/2010: This adds some credibility to the argument for unionization. From Peter Schmidt in the Chronicle. The paper itself is here. I’m no economist, but the story quotes Ron Ehrenberg, a very respected one from Cornell: “This is a serious study, and very well done.”

When faculty members discuss unionizing, the debate tends to revolve around the question of whether so banding together gives them more say over their college’s affairs or actually leaves them worse off, by hurting their ability to work cooperatively with their institution’s administration. A new study of public four-year colleges concludes that unionizing appears to give faculty members considerably more clout in some key areas and does not seem to do them much harm.

The study also found at least some evidence that unionization gave college faculty members more say over their institution’s curriculum and faculty teaching loads. Unionization was found not to have a significant impact on several other key areas of college operations, such as the appointment of faculty members, tenure and promotion decisions, and policies dealing with degree requirements. … 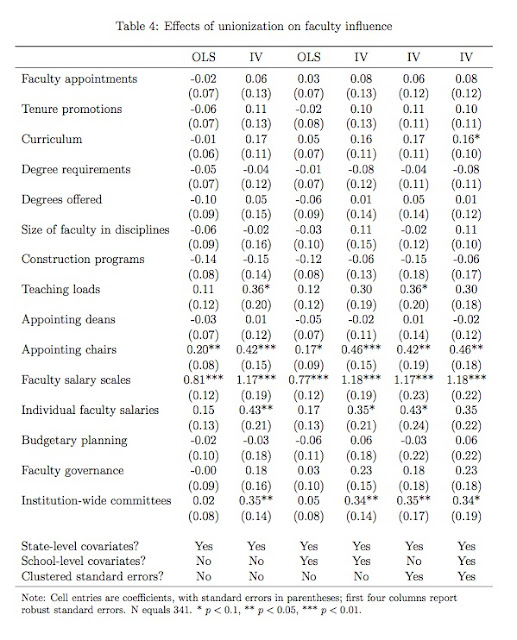