9/28/2012: Just kidding, there’s no detectable increase. From the UO Clery Act report. But spending on the UO Police, now that’s way, way up. Read our VPFA office’s attempts to rationalize that here. If Bean had grown spending on TT faculty or grad students at this rate we’d have a shot at staying in the AAU. But security for the Jock Box and Matt Court ain’t cheap: 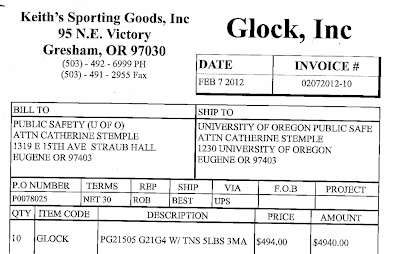 What’s this really about? Nina Bernstein, reporting in the NYT last year, has some reasonable suspicions. And then there are the less expected costs of having a campus police force. From the WSJ: UC Davis Reaches $1M Settlement with Protestors over Pepper Spray. For a contrast, remember how well UO handled our own Occupy situation, with civilians in charge? 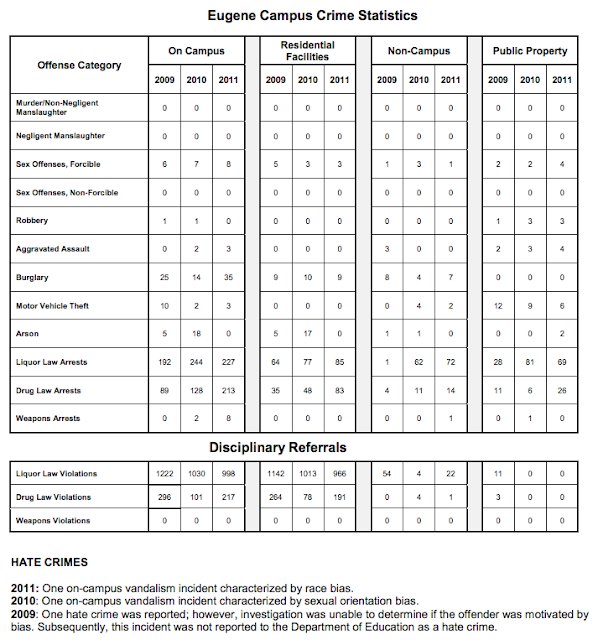