From a very good piece by Hannah Hoffman in the Statesman Journal (She also had a recent story on PERS, and is now running the excellent “State Worker’s Blog“).

The boom is consistent with enrollment growth. So, how much of the hiring is new faculty? You could ask our clueless provost Jim Bean, but the best data I’ve seen is from the AAUP’s Howard Bunsis and his February report to the UO faculty union organizers. Bean and Berdahl’s failure to give a credible response – or any response – to this report is a big part of the reason we are now unionized. (Whoops –  as a comment notes, Bean was actually on “sabbatical” when the vote occurred. Lorraine Davis was acting provost.) 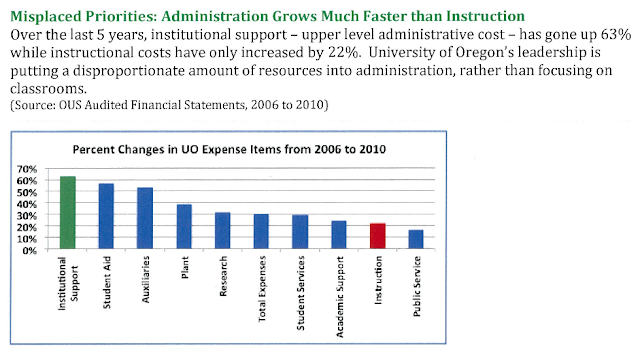 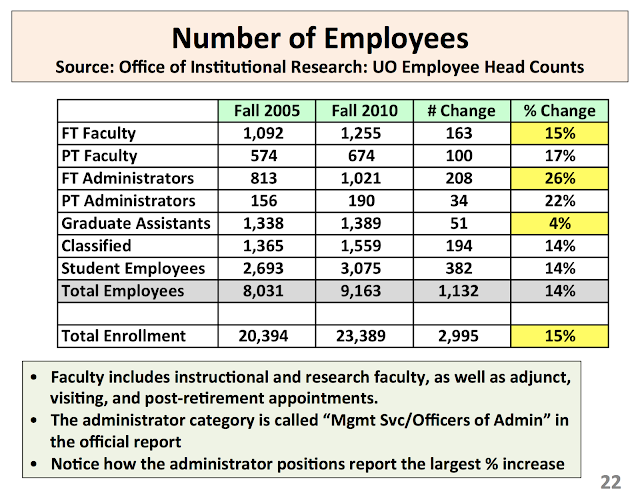 The increase in FT Faculty is largely adjuncts. There’s been very little increase in tenure track numbers at UO: 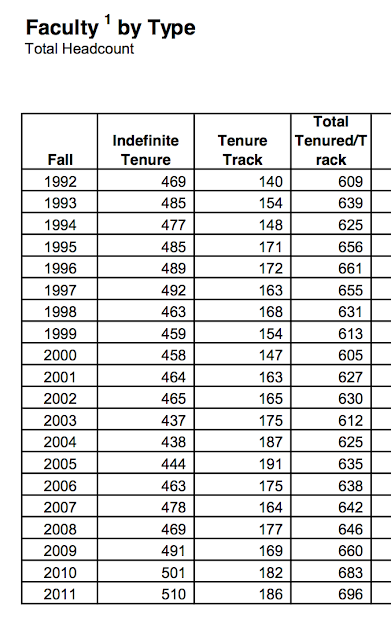