Update: It appears from the docket that one of the bond sales approved during the public part of this meeting was $2.06 Million to start Robin Holmes’s EMU renovation project:

Which explains why they met while the students were out of town. The Oregon Commentator has stories on the EMU from Ben Schorr and Nick Ekblad – who got Dave Hubin to cough up the Holmes emails.

Live blogging at bottom: 12/21/12: The public meeting of the OUS Finance and Admin Committee starts at 8:30 AM and lasts 30 minutes. The executive session starts at 9:00, and is scheduled for 7 hours. I have no idea what they plan to discuss. The only thing they will tell the public is that

“… they will discuss records that are exempt by law from public inspection.”

The last time OUS did this Paul Kelly called for a secret bathroom break, then they all filed back in and fired Lariviere. And they’re still trying to keep UO Matters editor Bill Harbaugh out of the stall:

Thank you for the message.  The UO Matters blog is not an institutionalized news media organization and you will not be admitted to the executive session portion of tomorrow’s meeting as a “representative of the news media” on that basis.

It stinks. I’ve agreed to follow all the normal executive session rules, and I’ll be there at 8:30. Nigel Duara of the Oregon chapter of the Society of Professional Journalists has written a letter endorsing my efforts to be admitted to this session:

While we are astounded that the Attorney General has essentially laid the responsibility for defining who is and who is not “institutionalized” news media in the hands of the very organizations who are the subject of coverage (one is put in mind of teenagers permitted to set their own curfews), we can only assume that, in the spirit of transparency,
openness and goodwill toward all, the Oregon University System will reconsider its troubling and meritless rejection of Harbaugh’s request.

Check back to see if Hagemann kicks me out – in which case I’m really going to start wondering what is going down. Call to meeting and docket: 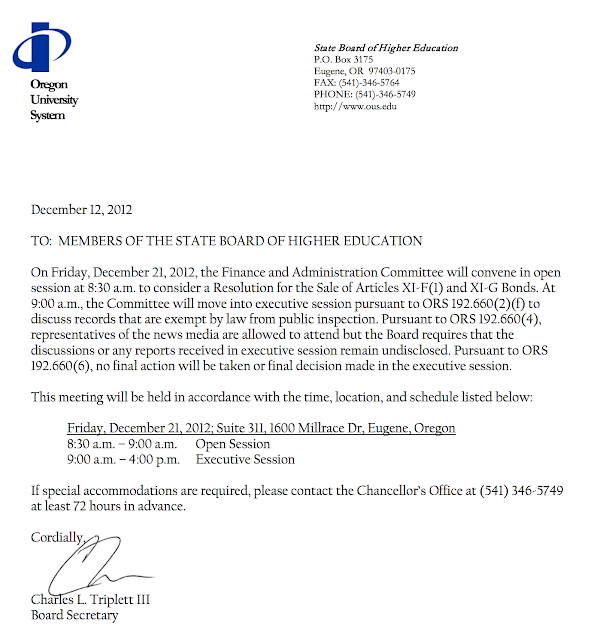 They kicked me out: Very crowded room, something big is going on in there.
Free coffee cup to whoever leaves the comments with the most and least accurate description of what fresh hell OUS is up to in there. Something Mayan?

Live Blog:
8:30 AM: Public meeting starts – bond sales – revenue bonds, they have enough revenue to keep the tax exemption (unlike with Matt Court).

That’s it for public meeting – move on to executive session of the committee, all present.

Kirk Schuler now reads language on news media. Two reporters identify themselves. One is allowed to stay – didn’t get his name. Charles Triplett walks over to me and says “I am Charles Triplett, Board Secretary. Ryan Hagemann has determined that you are not a member of the news media and we are asking you to leave.” What would HHDL do? I left.

As I was in the hall, Jamie Moffitt came walking in for the executive session. President Gottfredson was already in the room, along with the Committee and about 30 well-dressed hangers on. So your guess is as good as mine about what’s going on in there.

9:15: Had a good chat with Hagemann in the hall – tried to scare him with a little lawyer stuff, he doesn’t care, not his money. There may or not be a public meeting to make decisions about what they see in secret today. Think I’ll sit here and drink their coffee for a bit.

Bean walks out, searches for the elevator, comes back 15 min later. 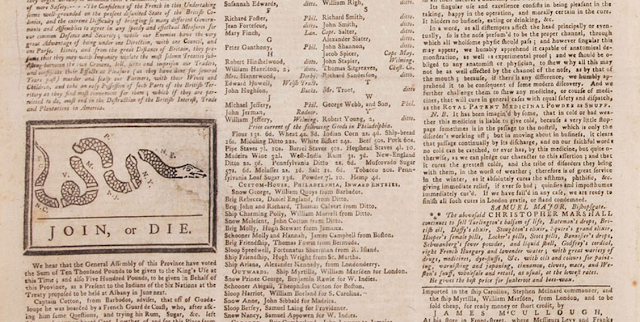 10:22: In France, they wouldn’t serve these croissants to a dog. Graduate students walk off muttering.

10:34 Coming out for a break. Seem happy. I’ve staked out the refreshments table. Moffitt and Gottfredson turn back. Monica Rimai from PSU comes out. Allyn Ford seems like the most popular. No one’s talking to Bean.

Tagged EMU, OUS Board and Chancellor, Worst of 2012. Bookmark the permalink.