The highest the Ducks have ever finished in the Directors’ Cup competition is 14th in 2009-10; with a strong spring, they could be a top-five program.

“And the program is poised to finish with the greatest year ever.”

The Directors Cup was set up by the NCAA to make sure athletic directors had incentives to add as many sports as possible, to help expand the NCAA’s budget and political base, while diverting money from academics.
Rob Mullens’s contract is here. His personal incentives for athletic success and for keeping money losing sports like baseball are twice those for keeping his players on track academically – even using the loose NCAA APR measure of academic progress: 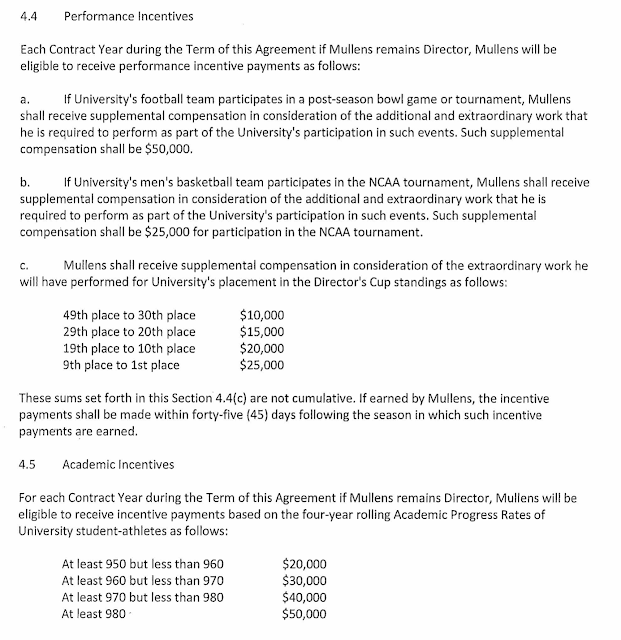 And while the UO administration and the athletic director agreed back in 2004 to these joint task for report recommendations which include having the athletic department start contributing to academic scholarships, there are no financial rewards for Mr. Mullens to do that. So he hasn’t. Quite the contrary: rather than contribute to academics, the athletic side continues to siphon off millions from the academic budget.

One Response to Bob Welch puff piece on Duck athletics