Coltrane also inherited an administration derided for its opaqueness. He quickly became a favorite of the faculty for his openness, hosting public forums and city hall-style meetings for people across the school to chime in on issues.

“The administration and the faculty have to work together,” Coltrane said of the divide. “…We need to be better at posting information before it’s asked for, and routinely put up important documents and financial statements and that sort of stuff. That should be available to the public all the time.”

Talk is cheap, and Coltrane’s won’t be credible until he tells Dave Hubin and Doug Park to stop using fees, delays, redactions, statements that the administration’s lawyer’s resumes are protected “faculty records”, and claims of harassment to hide documents.

Mike Gottfredson hid out in Johnson Hall for his first 10 months, and when he finally emerged it was to blow off the faculty, saying their questions had already been “asked and answered” by his $300 an hour lawyer Sharon Rudnick. Dave Hubin charged student journalists $250 to see Gottfredson’s schedule – a public record.

In contrast, Scott Coltrane is already doing the job. From his official calendar: 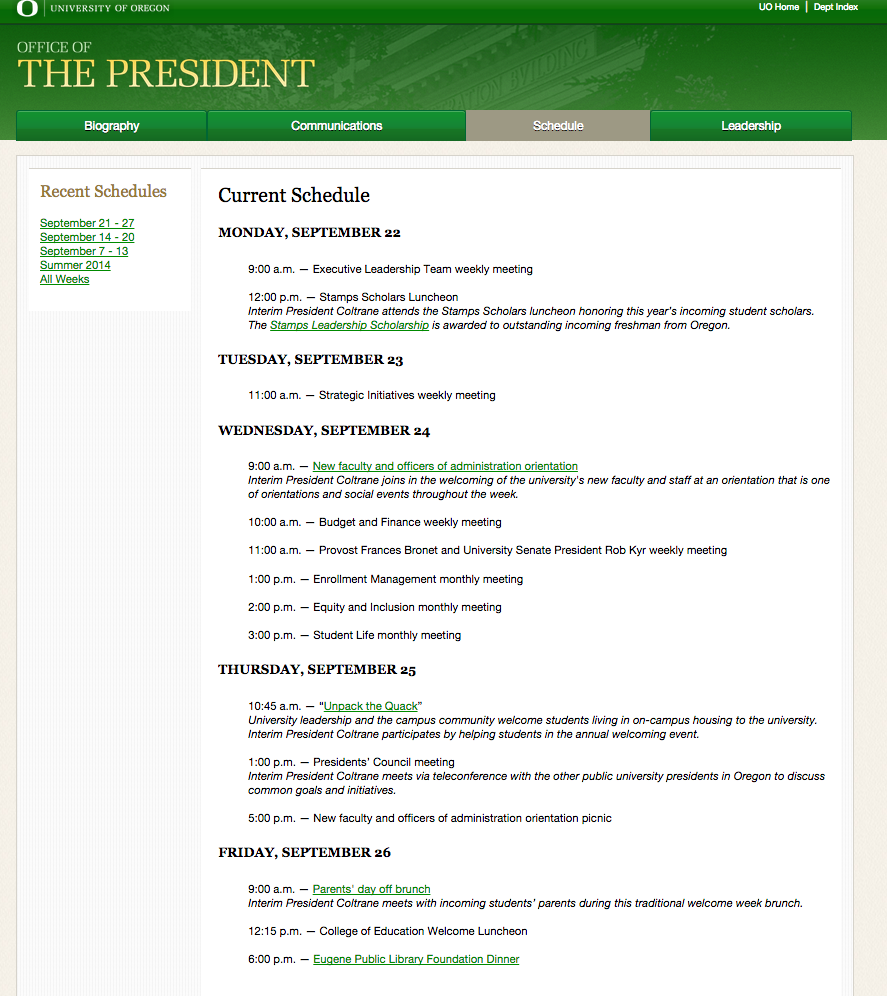