Where are Mike Gottfredson and Bob Berdahl on the rape allegations now?

We all know Mike’s $940K richer, and that he’s technically on the books at UC-Irvine as a Criminology professor for $240K a year. But what’s he really doing?

My guess is that he’s topping off that $240K with some serious AAU money – in the spirit of his mentor Bob Berdahl – to help develop the AAU’s new “Campus Climate” survey on sexual assault. This apparently became an AAU priority at their meeting in April, a month or so after Gottfredson (and Berdahl?) learned of the UO basketball rape allegations.

Frankly, it’s hard to imagine anything that would do more to destroy the AAU’s credibility on this issue than getting Gottfredson and Berdahl involved. But here’s the report from AAU President Hunter Rawlings, apparently posted by mistake on Gottfredson’s website, here: (Yes, the yellow hilites are in the original.) 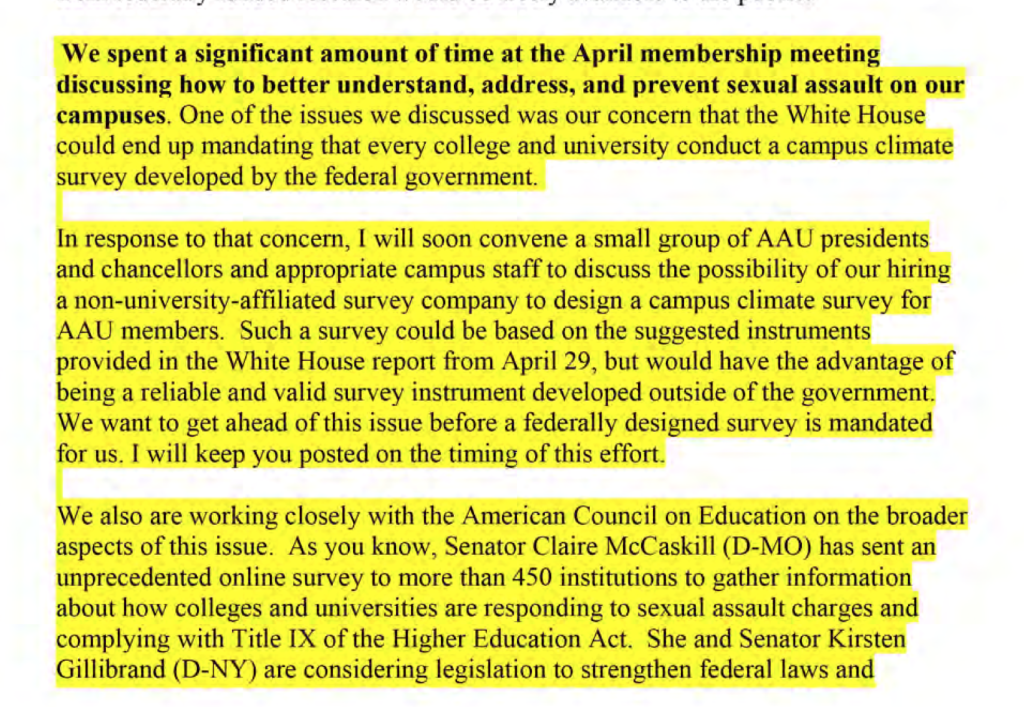 5 Responses to Where are Mike Gottfredson and Bob Berdahl on the rape allegations now?