It’s a union, of course there will be beer. And also info about bargaining priorities and how you can help the union convince Scott Coltrane to honor Richard Lariviere’s promise to get UO faculty salaries to the AAU medians.

There’s plenty of water in the well this year, as demonstrated by the latest increases in pay for our central administrators, the proposed 50% raise for the new UO President, and UO Foundation Chair Paul Weinhold’s largesse in offering a blank UO check for the IAAF Track Championship bid. So I’m assuming bargaining will be short and sweet, at least on the economics. The actual bargaining starts Th at 10 AM. 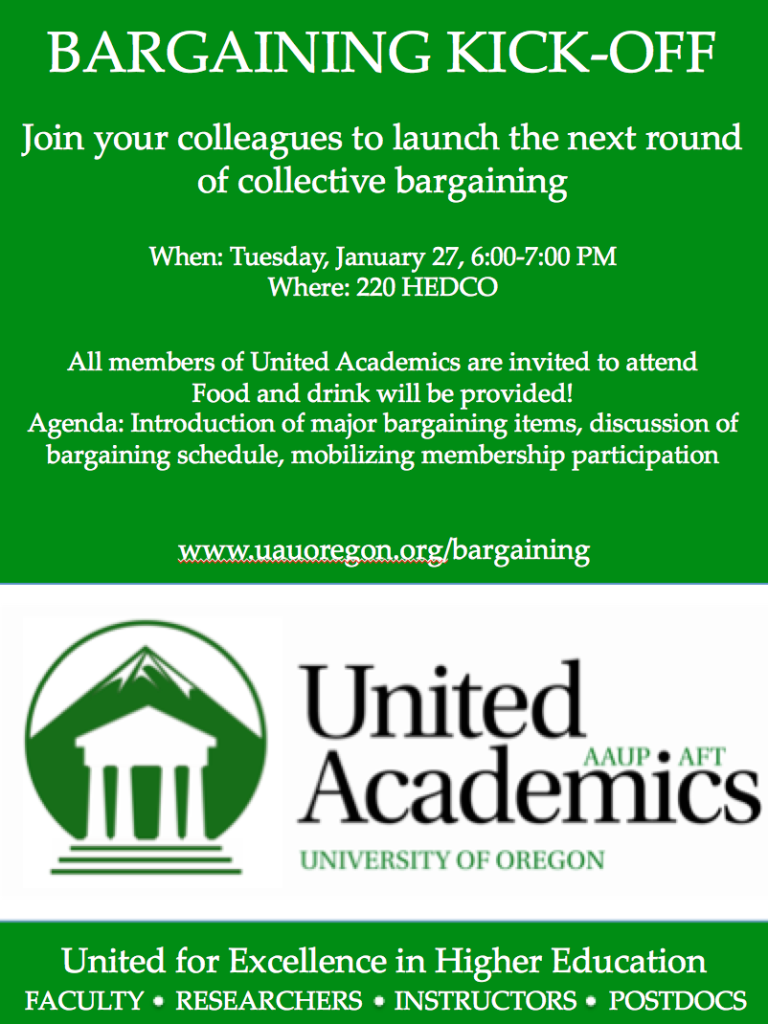