I’m no lawyer, but my understanding is that the normal immunity of state officials for official acts does not hold in cases involving violations of civil rights:

AMES, Iowa, January 7, 2015—Yesterday, an Iowa federal judge denied Iowa State University’s (ISU’s) motion to dismiss a First Amendment lawsuit filed by students. Chief Judge James Gritzner of the U.S. District Court for the Southern District of Iowa rejected every one of ISU’s arguments in his 19-page order. This is the first time a judge has ruled in a case brought as part of the Foundation for Individual Rights in Education’s (FIRE’s) Stand Up For Speech Litigation Project. Three other lawsuits in the project have already been settled in favor of free speech, for a total of $210,000 in fees and damages.

“We’re very pleased with the court’s decision to deny every part of ISU’s motion to dismiss,” said FIRE President Greg Lukianoff. “FIRE looks forward to a successful outcome that affirms ISU students’ right to freely advocate for their beliefs.”

Student-plaintiff Erin Furleigh said, “It feels so good to know the facts can’t be ignored anymore.”

Furleigh and fellow student Paul Gerlich, the vice president and president, respectively, of ISU’s student chapter of the National Organization for the Reform of Marijuana Laws (NORML), sued ISU in July 2014 as part of FIRE’s Stand Up For Speech Litigation Project. In their complaint, the students detailed how the university censored the group’s T-shirts based on their marijuana-related messaging and imagery, removed NORML ISU’s advisor, and implemented new guidelines for using ISU’s trademark in order to restrict NORML ISU’s speech. Attorneys at the Washington, D.C., office of the law firm Davis Wright Tremaine, which represents Gerlich and Furleigh, argued that ISU’s actions amounted to censorship that violates the First Amendment.

In response, ISU filed a motion to dismiss, claiming that the case was a matter of trademark use and not a free speech issue. The university also argued that NORML ISU’s T-shirts constituted government speech. Other grounds on which ISU sought dismissal include sovereign immunity, qualified immunity, and procedural due process.

The court refused to dismiss the case on any of these grounds. With respect to the trademark argument, the court’s order states that “[n]o infringement is involved in the case at hand,” confirming that NORML ISU’s right to advocate for marijuana legalization is a First Amendment issue. Furthermore, the judge’s order noted that well-established case law “hold[s] that college administrators cannot control the speech of campus groups because of disagreements with the groups’ viewpoints.” Judge Gritzner also allowed Gerlich and Furleigh to pursue their claim against ISU President Steven Leath in his personal capacity for violating their constitutional rights.

The case’s discovery process, in which the parties exchange documents and take depositions, will continue until June; trial is scheduled for December 2015.

FIRE is a nonprofit educational foundation that unites civil rights and civil liberties leaders, scholars, journalists, and public intellectuals from across the political and ideological spectrum on behalf of individual rights, freedom of expression, academic freedom, due process, and rights of conscience at our nation’s colleges and universities. FIRE’s efforts to preserve liberty on campuses across America can be viewed at thefire.org.

I’ve been a little worried about my use of the UO logo and Puddles on the “crap-free UO webpage“, but Exhibit A eases my fears. Any ideas for new coffee cups? 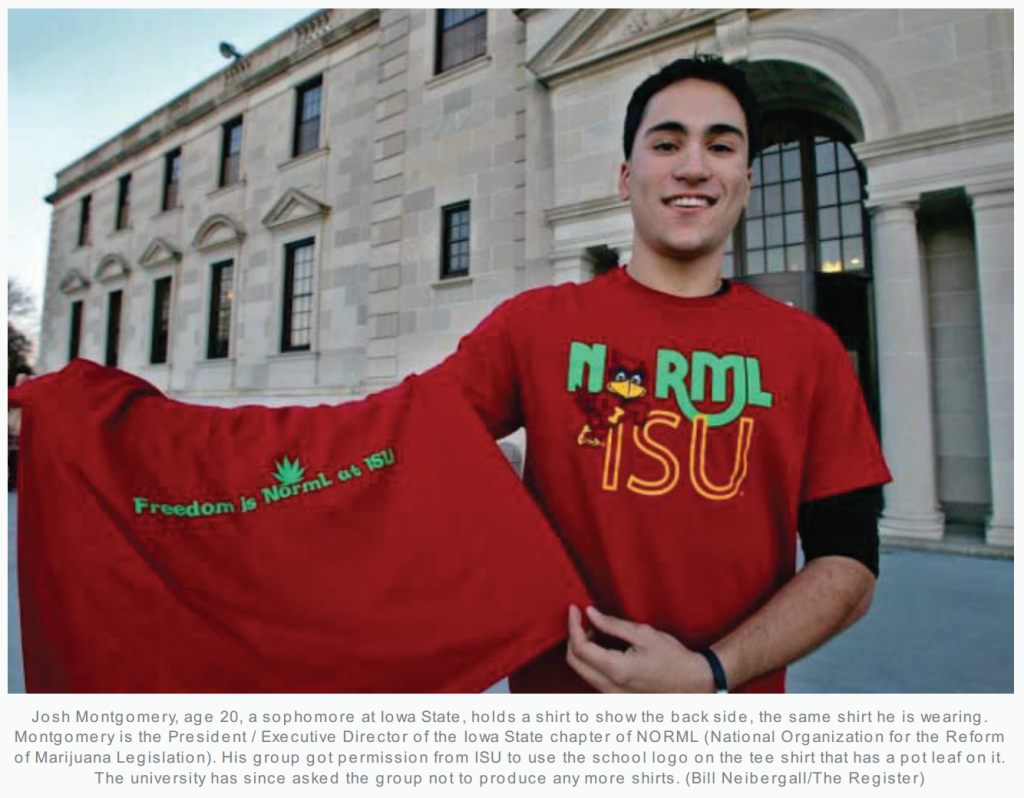