Apparently there’s an active if under-cover effort by some College of Education faculty disputing the work that the Senate has done to encourage the state Legislature to pursue legal changes in counseling records confidentiality, and in persuading the UO administration to drop the counter-claim against the survivor of the alleged basketball rape. They are also encouraging the administration to work outside the Senate on these issues. See bottom for the full memo:

We are highly distressed that our university colleagues who know the facts, laws, and ethical codes
guiding the practice of psychology are being criticized and even vilified in the press and by other
members of our campus community.

Given the nature of our highly and publically critical university climate, we ask that you develop an
alternative forum at the UO for engaging faculty input in a way that may help prevent the hijacking
of our governing bodies and promote efforts to support a healthy and transparent exchange of ideas among faculty and administrators.

Please feel free to share this memo with University of Oregon Board of Trustee members.

My take is that the active and open discussion in the Senate and in the Press on these issues has made for some significant improvements in how UO treats sexual assault. Why would the authors of this memo not issue it as a press release, and explain in detail to reporters how they believe the Senate has gone wrong? Why not show up in the Senate and debate these motions? Obviously public discussion can get contentious, but that’s politics and the “free market for ideas”, as Oliver Wendell Holmes called it. 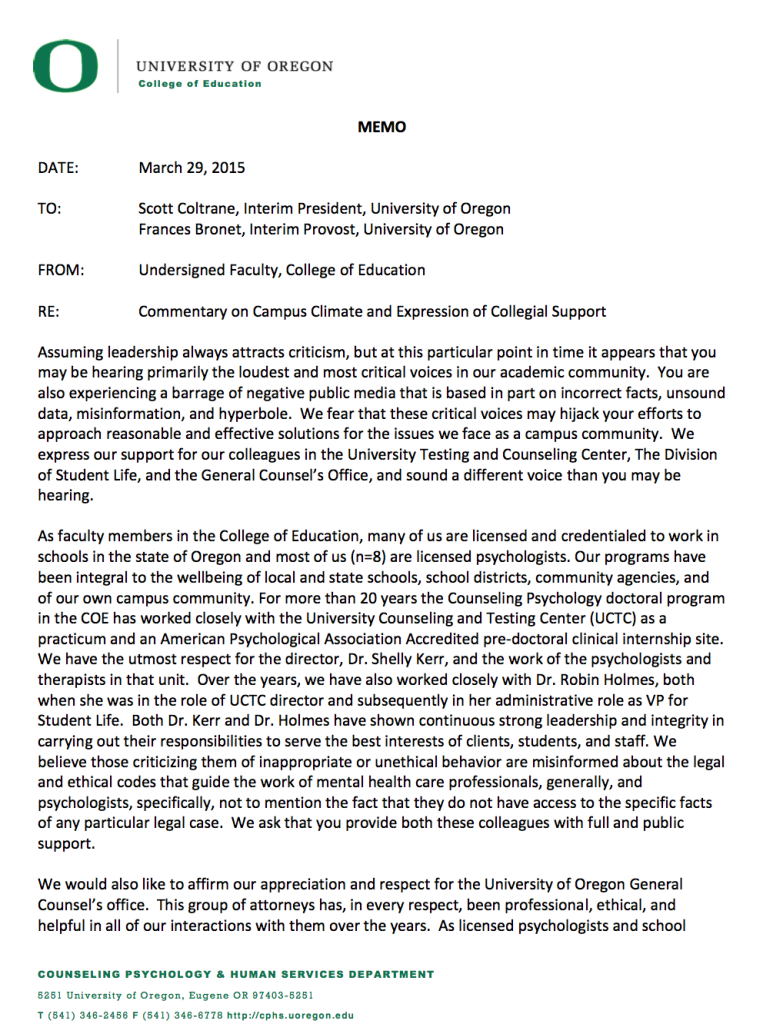