Sorry, this is old news. Back in 2013 the UO administration’s bargaining team posted the “open letter” below about me, on their fact-check blog about union bargaining. Given that Dave Hubin’s Public Record’s Office made me pay $215 for the heavily redacted emails about this, I thought I should post them eventually. Turns out the statute of limitations on defamation in Oregon is just one year though. Bummer.

From what I can tell from the emails, the letter below came from UO General Counsel Randy Geller, Associate GC Doug Park, Faculty Athletics Representative Tim Gleason, VPAA Barbara Altmann, VPAA Doug Blandy, Consultant Marla Rae, HLGR’s Sharon Rudnick, William F. Gary and Kate Grado, and Michelle Cole of Gallatin Public Affairs – or at least they were in the loop. 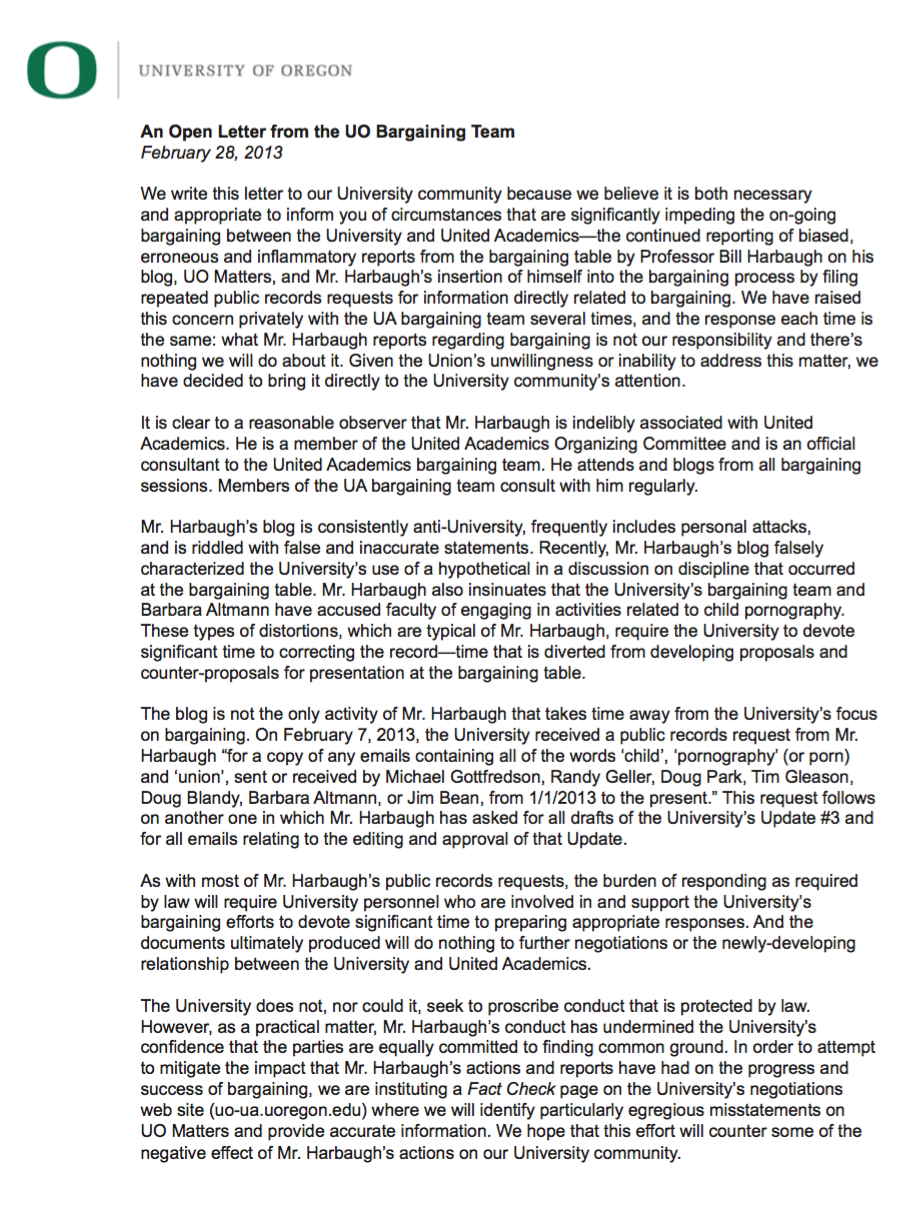 A colleague came across this website a week or so after the letter had apparently been posted, and alerted me to it. I thought it was pretty hilarious, particularly in its discussion of the UO Matters blog at https://uomatters.com, which I edit, and in regard to the claims that I am “indelibly associated” with the faculty union.

No answer, so I made a public records request. UO wanted $215. It took me a few years of skimping on the scotch budget, but eventually I scraped together the money, and after a few months of dithering UO’s Public Records sent me these documents – full dump here: 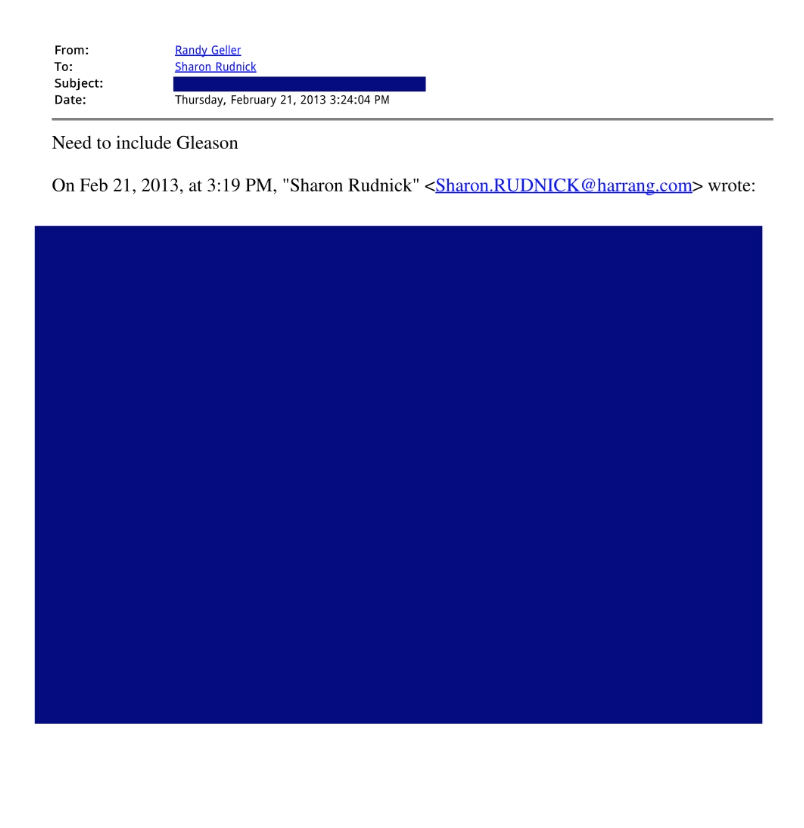 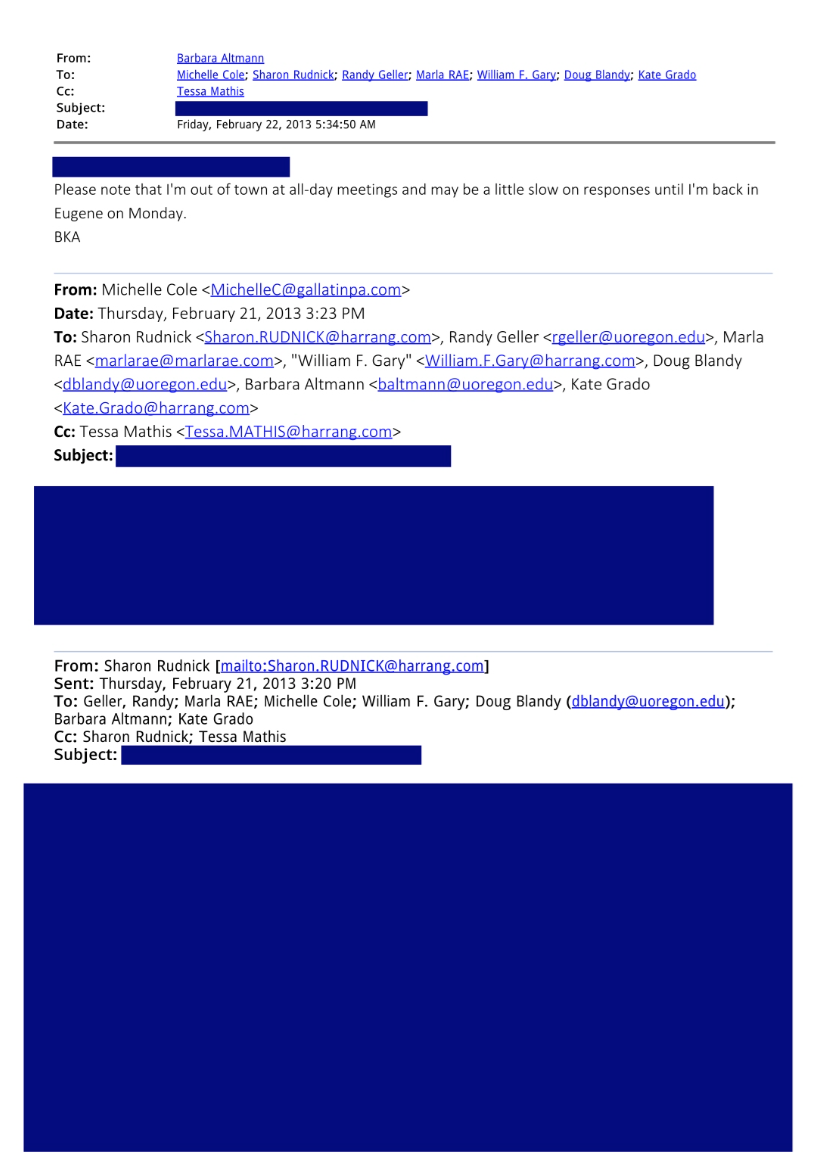