And the UO administration has swiftly reacted with “action items” on how to remedy the seismic deficiencies. Oh wait, this is all from 2005. Never mind. 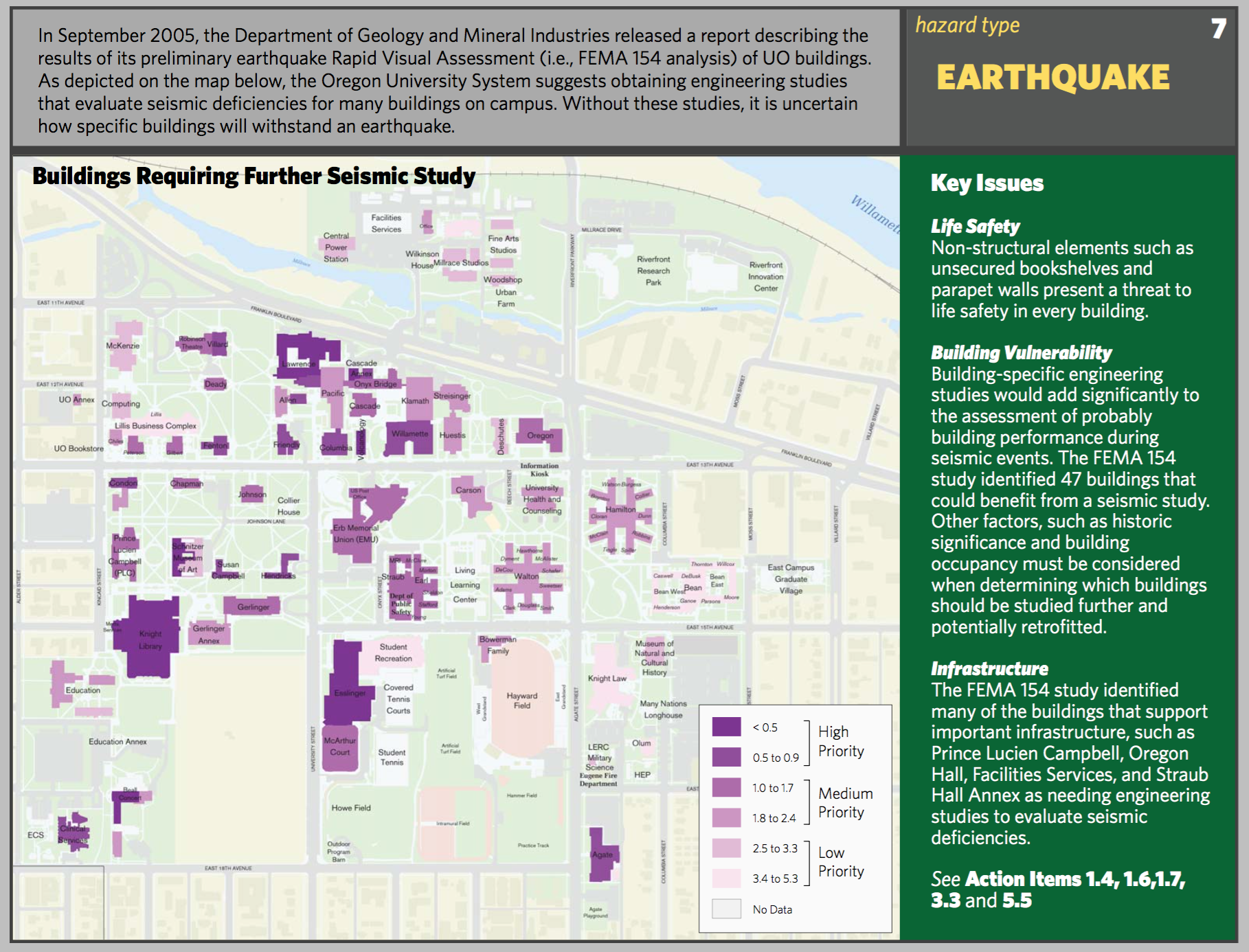 8/27/2015: When the fruit-loops run out, students will loot faculty food stashes

She says the campus is encouraging faculty and staff to have a disaster plan for their homes — a one- to two-week emergency kit, rather than the traditional three-day kit. She says the UO has purchased a water filtration system to get a higher volume of water to campus after a quake. The UO also encourages students to have their own kits. “We will have dry cereal,” she says.

Not my problem, I’ll be crushed under the rubble of PLC. Speaking of which, has anyone seen the PLC seismic inspection? UO did one 15 years ago, but apparently no one can find it.