10/22/2015: Just got back from this. It was the usual, with a large helping of self-congratulation on the side. I wonder how much the event cost, who paid for it, and how intelligent people can sit through this pablum. Oh, right, free lunch and an all-expense paid trip to Oregon. As my PhD advisor told me, “never go to a talk without a good paper to read”.

From what I can tell the American Academy is part of the retirement plan for a lot of overpaid academic administrators, with a dusting of faculty and a few rich patrons. Speaking of retirement plans, here’s a little more on how Berdahl is topping off his $146K  PERS payments: 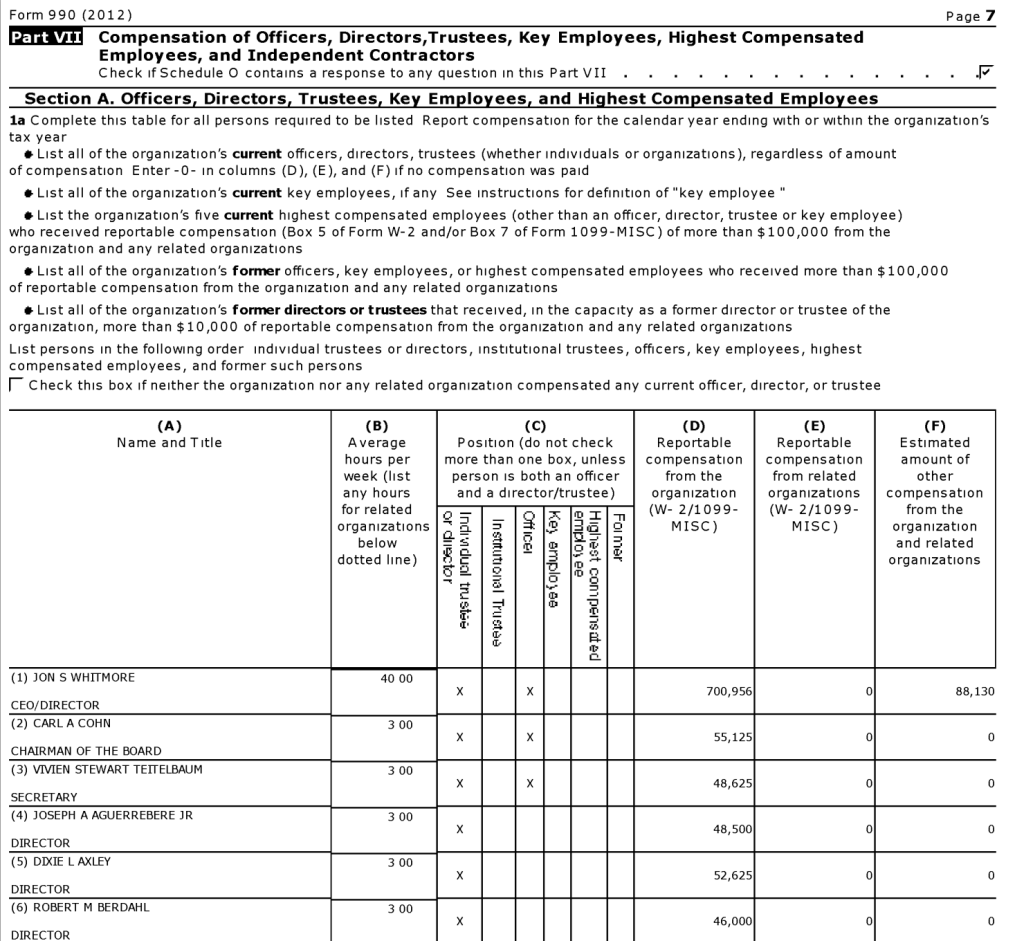 This is from the IRS 990 for American College Testing, the “non-profit” that runs the ACT. It’s quite unusual for a non-profit to pay its directors. Bloomberg News has a report on ACT’s high payments here, and the Des Moines Register has an investigative report here, which notes the potential for conflict of interest inherent in paying board members who also have jobs where they can influence efforts to require testing of the sort ACT sells. This, presumably, is exactly why the ACT wants them on their board:

Since revamping its board of directors in 2002, ACT now has several board members who have led influential national organizations and furthered the push for more standardized testing:
Mark D. Musick, who has been paid at least $44,250 annually from ACT since 2003, served while he was also president of the Atlanta-based Southern Regional Education Board, a compact of 16 states that has embraced both the ACT and SAT.

Musick chaired the governing board of the National Assessment of Educational Progress, which directs the program known as the Nation’s Report Card. In the 1980s, he directed a project that, for the first time, produced student achievement information that could be compared from one state to another. The project served as a model for the nationwide program that now is the key education accountability provision for the No Child Left Behind Act.

Board members Karen Holbrook and Charles Reed both served on the board of the National Association of State Universities and Land-Grant Colleges, a group the federal government wants to develop new means of measuring student performance and hold American colleges and universities more accountable.

Both ACT and the U.S. Department of Education have been pushing for more standardized testing at colleges and universities, a move widely resisted by many college deans and faculty. …

The Iowa DOJ started an investigation, but it apparently went nowhere.

The once prestigious American Academy of Arts and Sciences, founded by John Adams (and not to be confused with the considerably more significant American Association for the Advancement of Science) has moved on from the multiple scandals involving their former President Leslie Berlowitz in true academic administrator fashion: by buying her off with $475K and a few years of health insurance.

Sort of like the $940K that Chuck Lillis had to pay to get rid of Bob Berdahl’s recommendation for UO president, Mike Gottfredson:

Or the $2M that Berdahl’s recommendation for president of the University of Hawaii MRC Greenwood wanted in return for her resignation.

Or the $950K that the UC system paid Berdahl, Greenwood, and Shank for “lucrative furloughs”, as reported in a long series of SF Chronicle investigative reports: 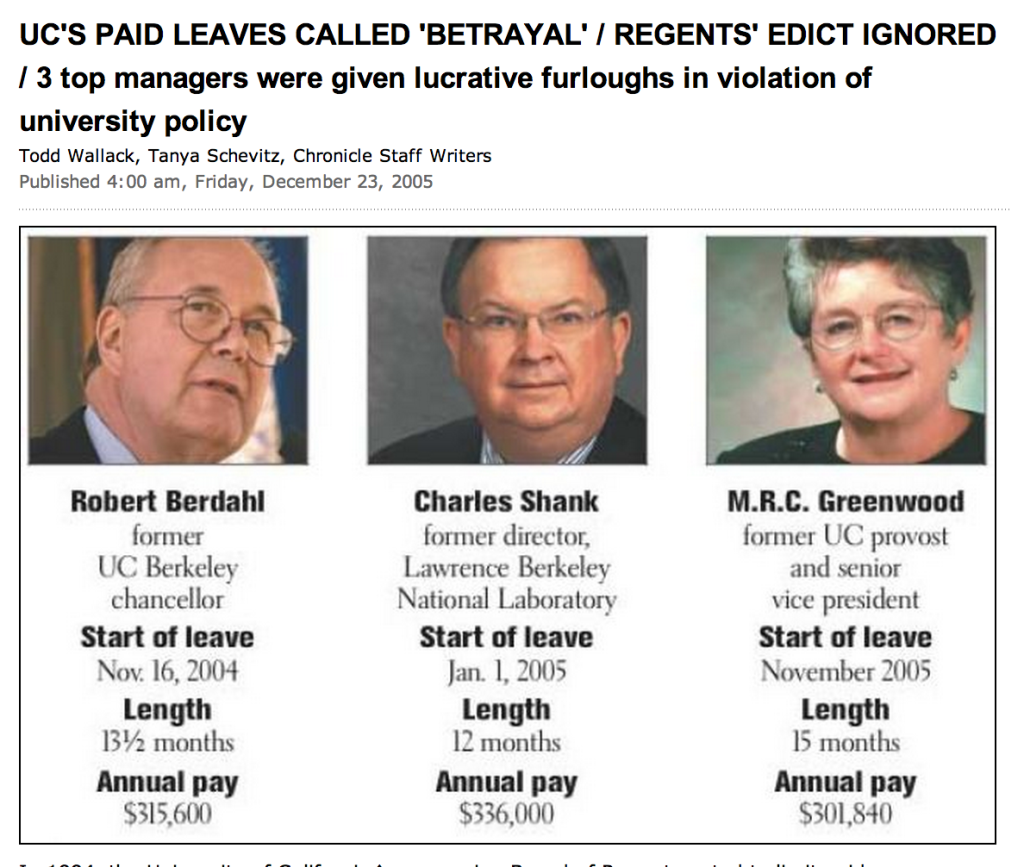 The AAAS pays their new president, Jonathan Fanton, $490K plus benefits. Not bad for running a non-profit with a mere $11M budget, $2.7M of which went for legal expenses last year. In October Fanton will travel from Boston to Eugene for lunch and a discussion on “The Role of Public Institutions in Higher Education”. Presumably Berdahl’s remarks will focus on the role of higher education presidents in wasting public money on perks and buyouts for top administrators: 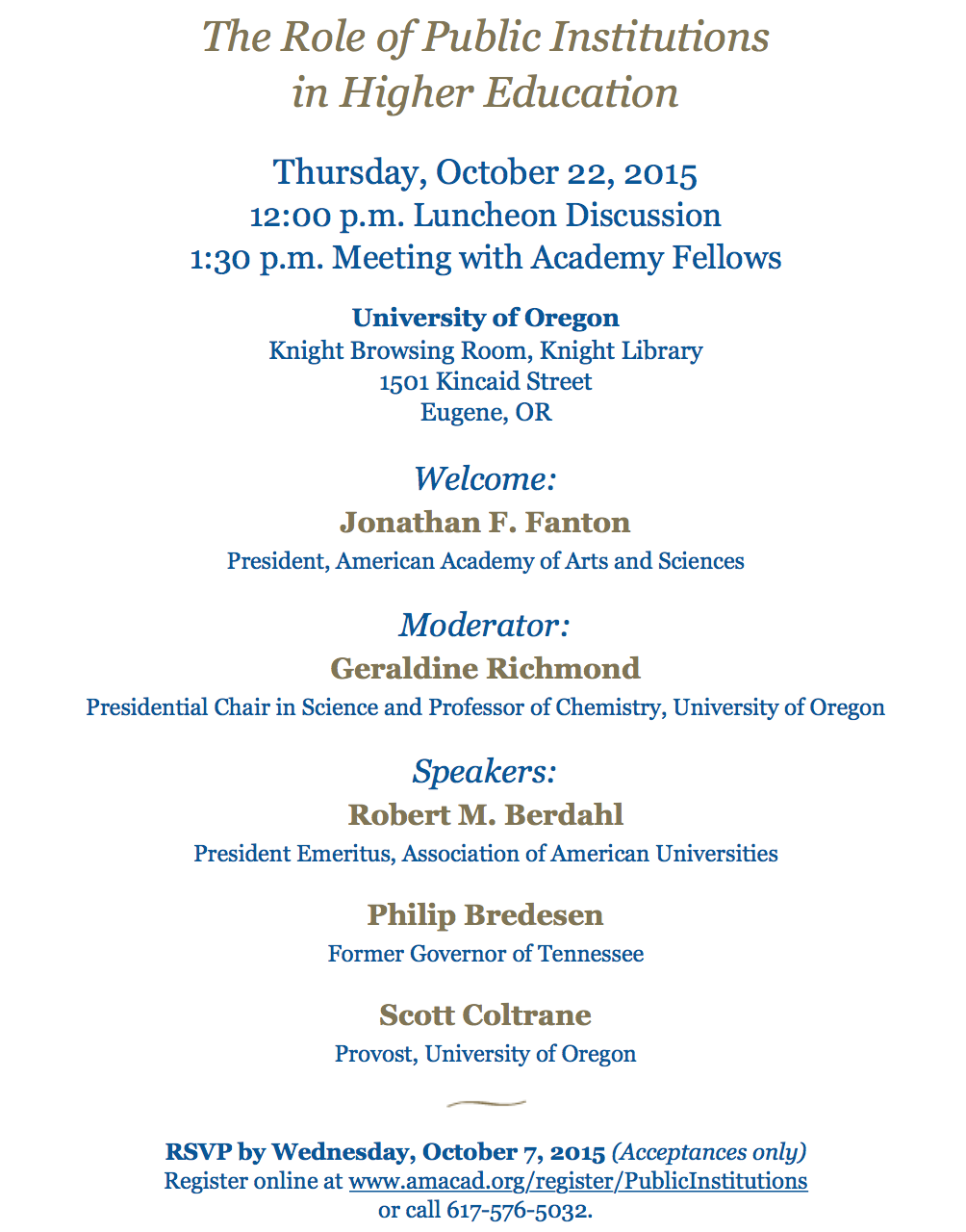 You can get a preview of the upcoming insipidity from this 2012 video of Berlowitz and Berdahl, here:

What economist could refuse a chance to live-blog a free lunch? Not me: