As for actual data and information? No chance:

Back in the day, the UO Foundation was somewhat transparent about how much money it disbursed for athletic scholarships, as opposed to academic ones. (The 2008 blip is the result of miscounting the money the athletic department spent for other purposes as scholarships, while misinforming Duck Athletic Fund donors about how their donations were being spent. Jamie Moffitt, at the time the athletics financial director, fixed both problems after I pointed them out to her.) 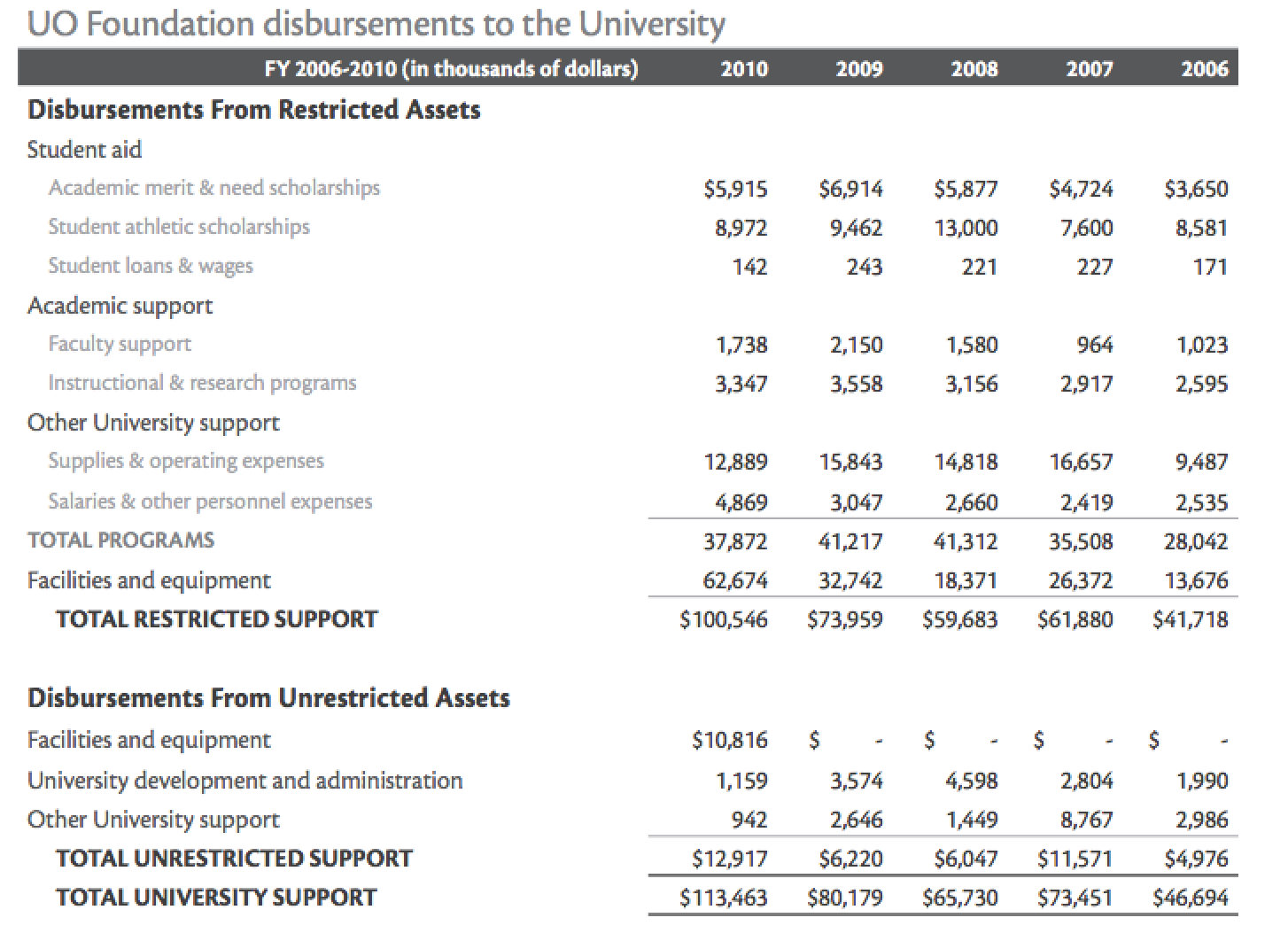 Under CEO Paul Weinhold the Foundation stopped breaking out the scholarship figures. The latest financial statements, available here, combine the money going for athletic scholarships with academic scholarships, under “student scholarships”. The total has fallen.

The Foundation’s recent financial statements also do not provide any information on other athletic spending, mixing that into “Facilities and equipment” and, of course, “Other”:

The drop in total scholarship spending almost certainly means the amount going to academic scholarships has fallen. Mr. Weinhold has told me that the gift rules for many academic scholarships are very specific, making it difficult to find qualified students. That’s certainly the case with many of the ones I’ve tried to allocate, though I’m no sure why this problem should have gotten worse, particularly given new donations for new scholarships. The Foundation can ask the Oregon DOJ to change the rules on a gift, but that is done on a case by case basis, and is also difficult.

In the meantime the Foundation could use money from its unrestricted account, but as you can see above they spend only $20K of those funds for scholarships. The rest goes to the Foundation’s administrative costs and University Advancement, which gets a large and increasing fraction of these funds.

The research I’ve seen suggests that money spent on fundraising efforts is generally very productive. However, much of the cost of UO Communications is also under Advancement, and you’d have to be batshit crazy to believe that has produced much except massive distrust from the UO community, and from many donors, large and small. I’m hoping new VP for Communications Kyle Henley will fix that quickly.

The Foundation also used to provide clear information on the returns from endowment investments achieved by CFO Jay Namyet, with benchmark comparisons:

Not any more – although they do give the raw info to work out Namyet’s earnings yourself: 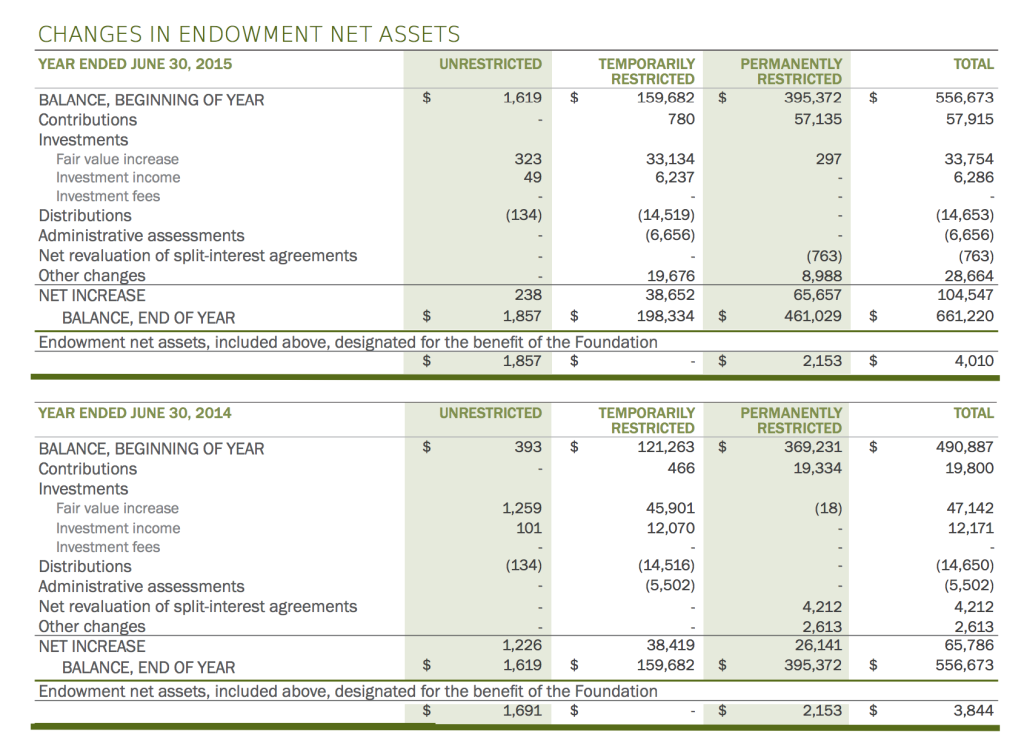 For the 2014-15 FY, I calculate 7.2%, without subtracting the (undisclosed) costs of the Foundation’s active management strategy. In comparison the S&P 500, with dividends reinvested, returned 8.05%.

Obviously these comparisons do not include adjustments for whatever risk reduction strategies the Foundation is using. Unfortunately, if present market trends don’t turn around, it’s looking like next year’s numbers will provide some indication of their effectiveness.