But just a little. The Bend Bulletin has the story here:

The Oregon Department of Justice on Monday lifted an order requiring some state agencies to charge the public for government records, overturning its own 14-year-old advice.

Deputy Attorney General Frederick Boss ruled that the Public Employees Retirement System declined to reduce or waive a fee it charged a journalist seeking records based on a 2002 DOJ order the agency no longer believes is valid.

Boss said in his opinion that PERS may be “legally required” to waive or reduce fees for public records, a reversal of the agency’s 2002 order, issued under former Attorney General Hardy Myers, that said it was required to charge full price for records requests.

“Although a public body enjoys discretion with respect to whether to grant or deny fee waivers and reductions, that discretion is not unlimited,” Boss wrote. “In some circumstances, waiver or reduction can be legally required.

There are many ways that that Rosenblum’s office can increase state transparency using opinions like this – if she really wants to. The DOJ order from last year requiring the OPBE to waive a $2.50 fee they tried to impose is here. As you can see it was very narrowly written, to avoid creating a precedent in favor of public access,  and apparently it is still the only opinion her DOJ has ever written *requiring* a fee waiver. 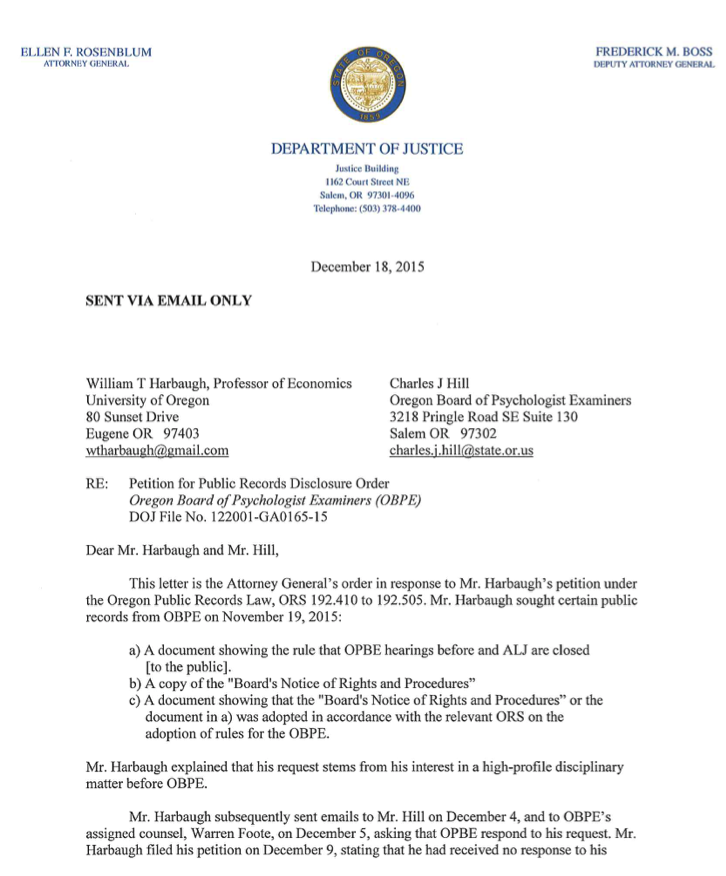 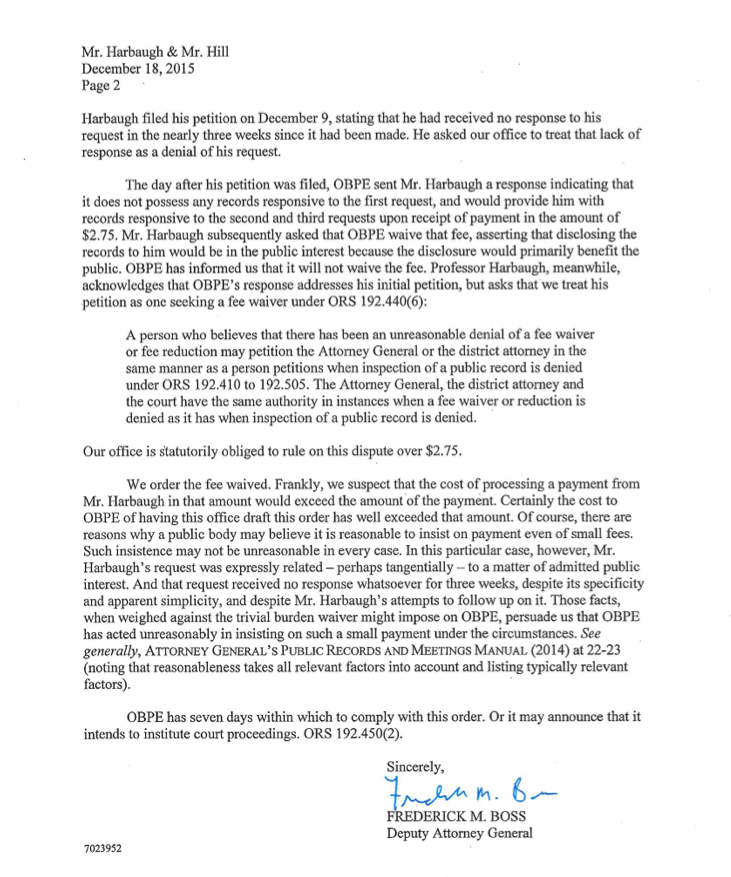