update: And now it seems that the IAAF’s Lamine Diack, who gave the 2021 IAAF meet to Lananna’s TrackTown and UO, is implicated in a vote buying scheme over the award of the 2016 Olympics to Rio. I’m shocked:

Rio 2016 President Carlos Nuzman was taken into custody last Tuesday (September 5) under suspicion of involvement in a vote-buying scheme in the Brazilian city’s successful bid for the event.

The Brazilian has not been charged with anything but is suspected by prosecutors of being the main link between Arthur Cesar de Menezes Soares Filho, a businessman nicknamed “King Arthur”, and Diack, the Senegalese who was President of the International Association of Athletics Federations (IAAF) between 1999 and 2015.

9/11/2017: The Oregonian’s Ken Goe has a story here, but despite the $25M in state subsidies for the 2021 IAAF championship, no one will say anything substantive on the record. Perhaps that’s because Vin Lananna and Paul Weinhold want to hit up Governor Kate Brown and the taxpayers for more, and a construction start would make that harder? 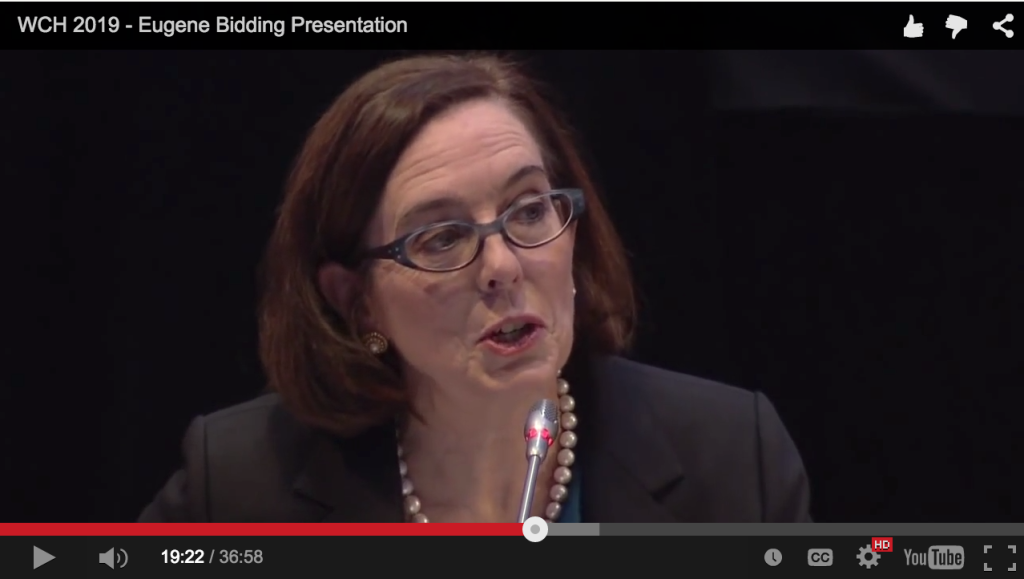 9/3/2015: UO Board of Trustees to approve glitzy Hayward Field makeover 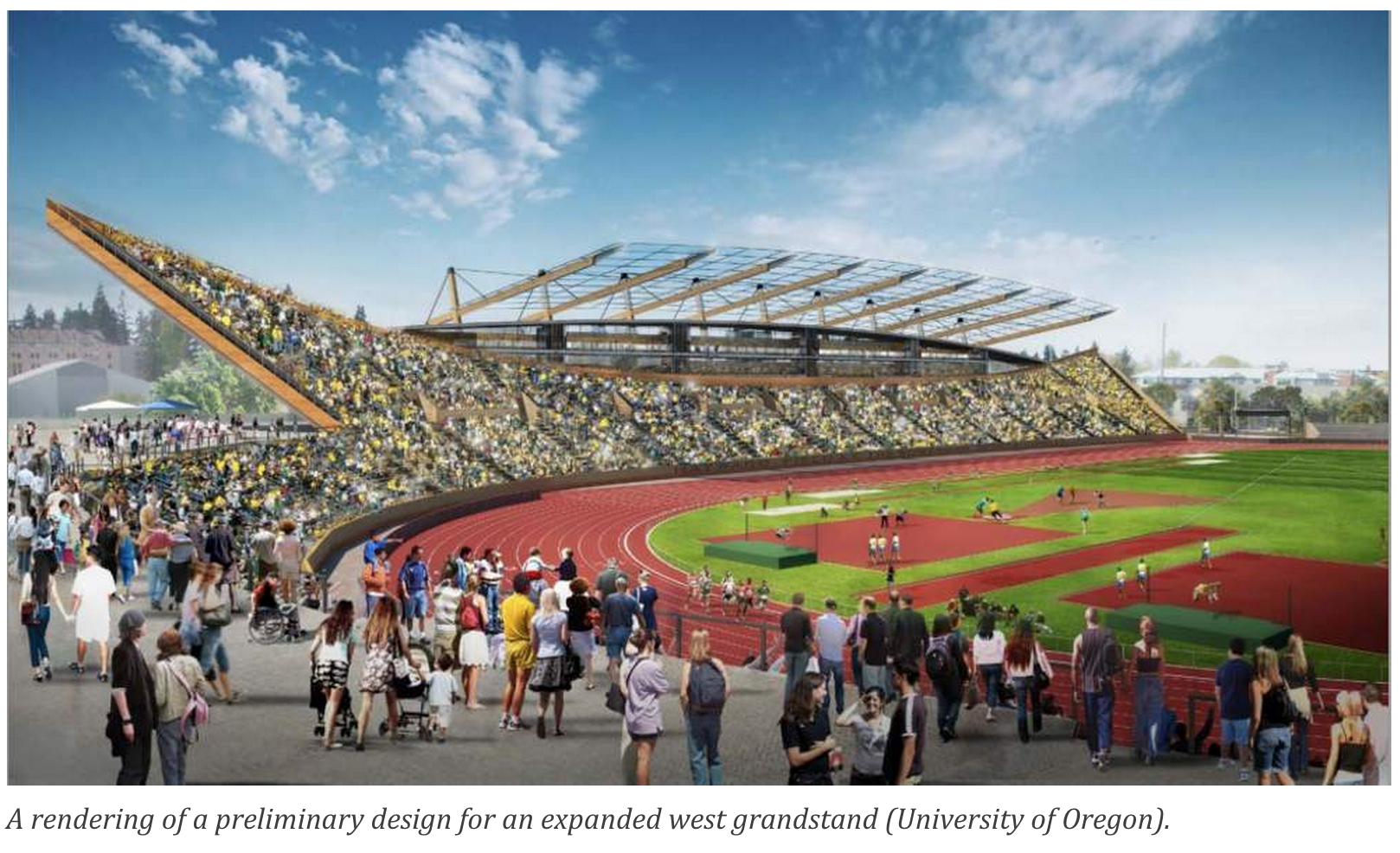 Christian Hill has the story in the RG here:

The University of Oregon is continuing to get all its Ducks in a row as it prepares for a major expansion and renovation of iconic Hayward Field.

The next step comes next Thursday, Sept. 10, when the UO Board’s Facilities and Finance Committee will be asked to give its blessing to an update of the historic stadium with flexibility to seat up to 30,000 fans.

More specifically, the committee will be asked to approve a resolution allowing UO President Michael Schill to enter into a lease with Hayward Field Enhancement LLC, a corporation created by the UO Foundation, for the duration of the renovation.

The corporation’s single person is not identified in a statement released by the foundation. A foundation spokeswoman did not immediately return a call seeking additional details. …

The renovation project is widely viewed as being put on a fast track — no pun intended — to prepare for the World Outdoor Track & Field Championships, which Hayward will host in 2021. It’s the first time that the world championships have ever been awarded to a venue in the United States. …

Today’s NYT has a report on the IAAF’s new chairman Sebastian Coe, here. Coe is a Nike consultant, and people are already raising questions about that dual role:

“He is definitely the man for the job,” said Mary Wittenberg, the former chief of the New York City Marathon. “It’s really important that he seizes the moment to lead, to step above all potential conflict. Ditch the Nike and any other consulting arrangements.”

At a moment of such clear importance for his sport, the last thing Coe and track and field need is for his own message to get clouded.

UO Board Secretary Angela Wilhems kicked me and the RG’s Diane Dietz out of the Board meeting on UO’s bid to host the IAAF championships, and UO’s public records office is still hiding the documents from the Register Guard:

To add to the secrecy, the UO Foundation is hiring Hoffman Construction to build this grandstand. The UO is currently suing Hoffman for $8.5M, alleging they did shoddy work on UO’s newest dorm, the Global Scholars Hall. UO Daily Emerald reporter Gordon Friedman, now at the Statesman Journal, reported on this back in May. UO has said the building is safe, but won’t release the inspection reports. (Thanks to a commenter for this reminder.)