What’s under the foreskin of the Tower O’ Excellence’s “heroic wood”?

While our General Counsel’s Public Records Office is still stonewalling requests for the Hayward Field lease agreement between UO and Phit LLC, today Duck spokesperson Tobin Klinger told the RG that UO is no longer in control:

… The privately funded rebuild of the stadium is being led by Nike co-founder Phil Knight, with the UO transferring the land to a private Knight-controlled LLC for the duration of construction. As a result, Klinger acknowledged that UO officials didn’t have input on the latest round of design changes. … 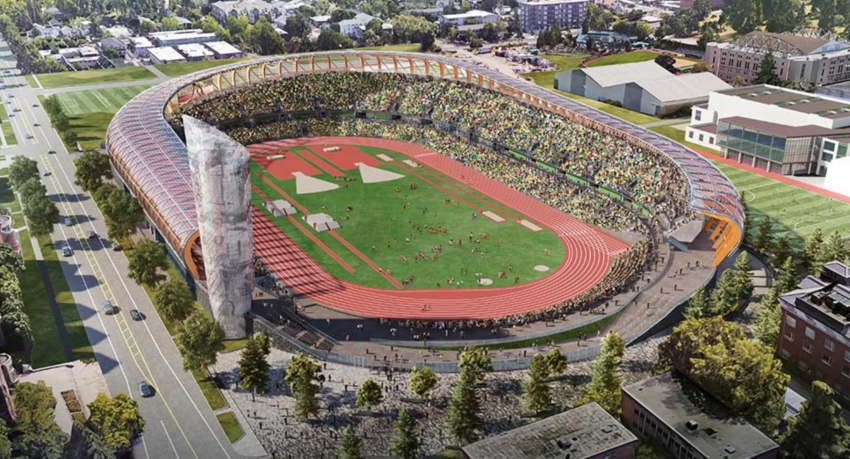 Well, you get the idea. And what will be under the foreskin of this “heroic wood” egofice? A living room. Really? 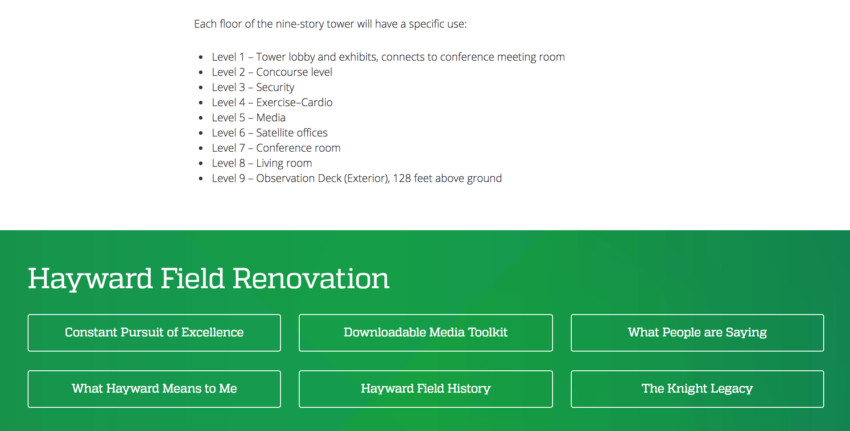 20 Responses to What’s under the foreskin of the Tower O’ Excellence’s “heroic wood”?