You may recall that there was a bit of trouble in the EMU last time. This year the Eugene City Club is holding it, off campus. UO gave the city club a $5K donation to become a sponsor, contract here. I’ve been told by one City Club member that the club made assurances that it would make efforts to limit protests and disparaging statements, but the contract has no such clause. 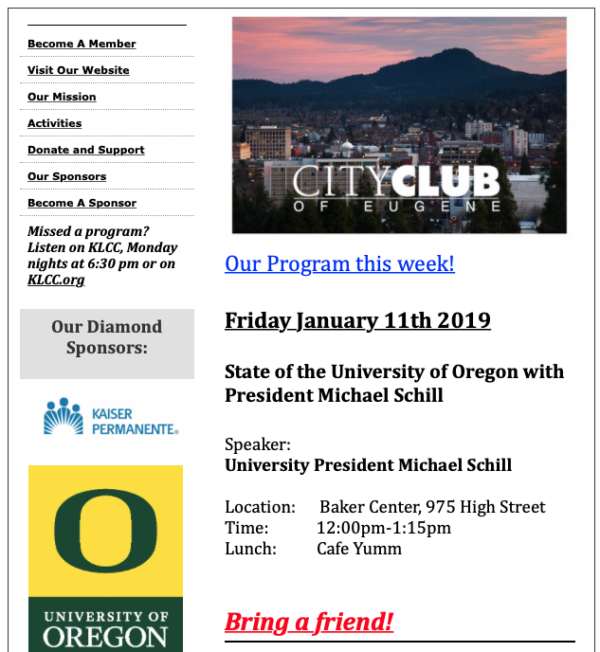