Talk about bad timing. UO’s lobbyists are at work in Salem, trying to get UO a bigger share of the state budget. If they fail, UO will have to cut staff, limit hiring, and/or raise in-state tuition.

The legislature is already asking why a university with such an expensive athletics program can’t pay the academic side’s costs without a bigger state subsidy or raising tuition. This news is not going to help:

The University of Oregon has agreed to terms with head coach Dana Altman on a contract extension, athletic director Rob Mullens announced on Thursday:

According to the school, Altman and Oregon are finalizing a deal that would run through the 2025-26 season.

“Dana and Reva Altman are an important part of our community, and we are thrilled at the opportunity to continue to build on the tremendous success we have had over Dana’s nine years as the head coach at Oregon,” Mullens said. “We are thankful for Dana’s commitment to the Ducks, and we look forward to the continued strong performance of our men’s basketball program as well as Dana assuming his rightful place in the Hall of Fame in the future.”

“Important part of our community?”

I assume Mullens means the community of greedy Duck coaches. Mullens, Cristobal, Altman and the other coaches, with a total payroll of ~$23M, gave a total of $50 to the Oregon Community Fund Drive last year: 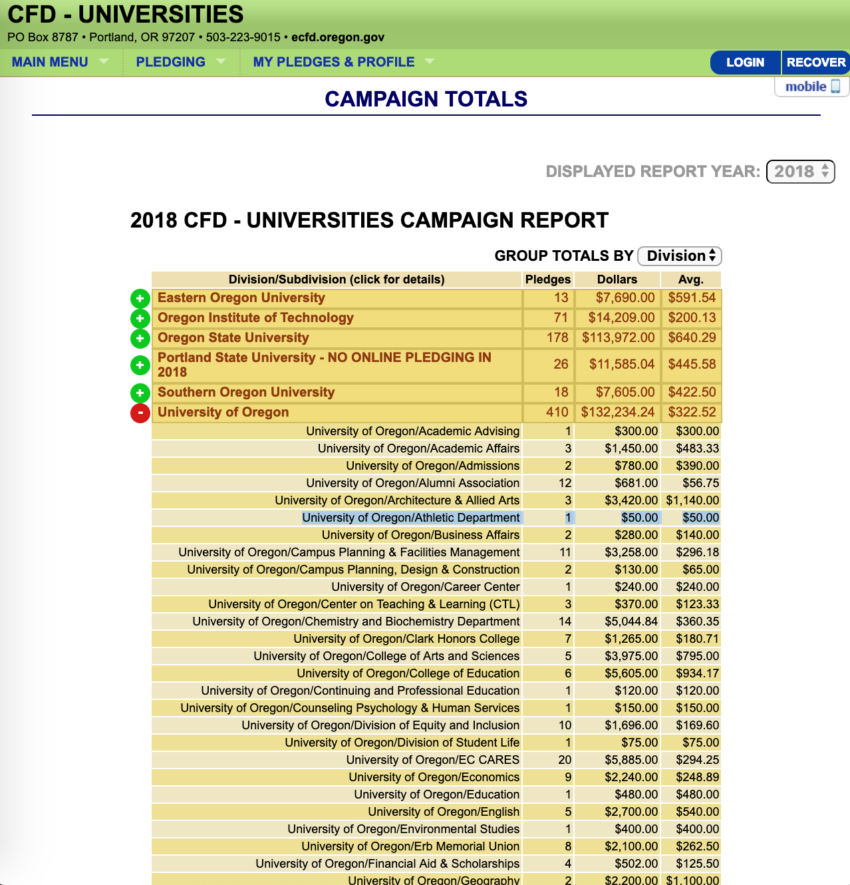