You wouldn’t know it from today’s Around the O post on the administration’s bargaining proposals, but the US Western Region CPI-U has been increasing at about 3% for the past few years: 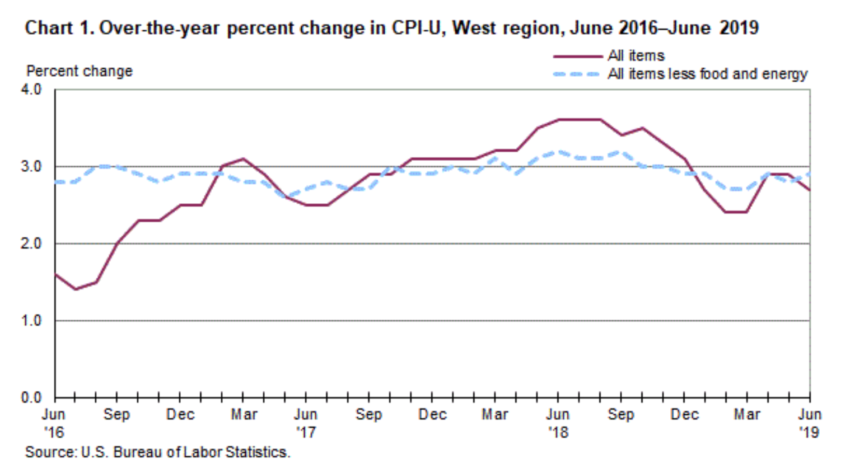 Assuming that continues, the “salary increases” the UO administration is offering the GTFF union will amount to about a 5% real pay cut over the 3 years of the contract: