Dana in the Oregonian in 2014, after the killings of Michael Brown and Eric Garner:

Our fool of a basketball coach thinks he owns those players. They shouldn’t protest when he’s trying to collect his $2M paycheck, off their free labor.

Fortunately we’ve still got people who can hear someone sing “O’er the land of the free, and the home of the brave” and actually understand what it means.

Want to ask the players what they think? No. Duck AD Rob Mullens and his PR flack Craig Pintens have a rule about players talking to reporters without permission, and “Benjamin and Bell have not been made available to comment.” 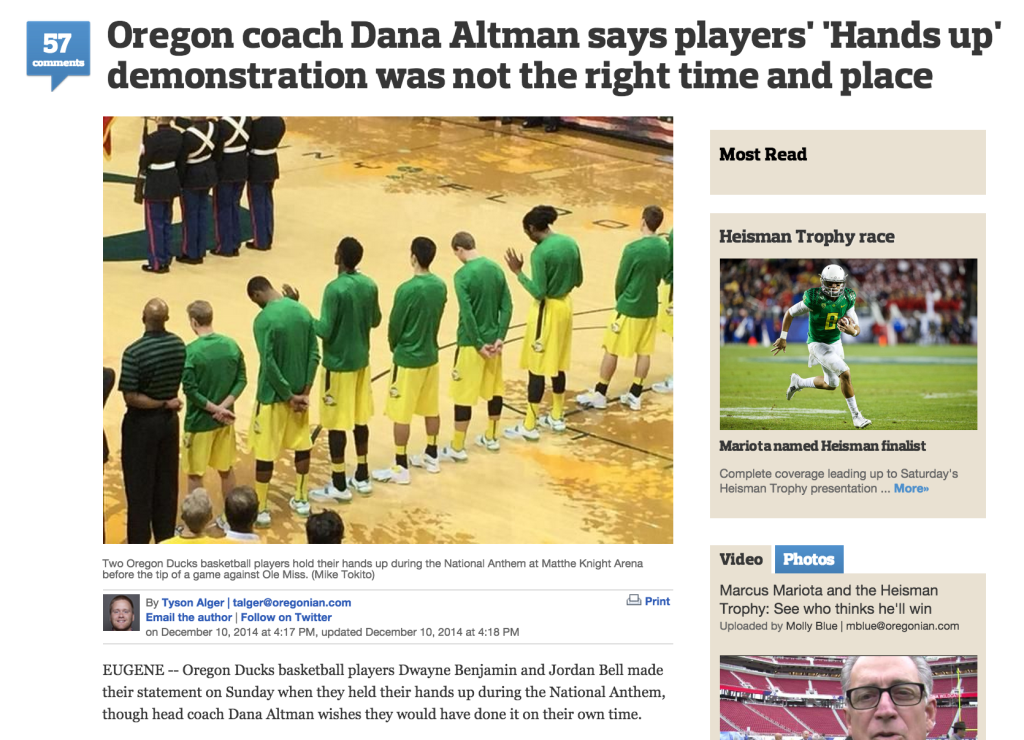 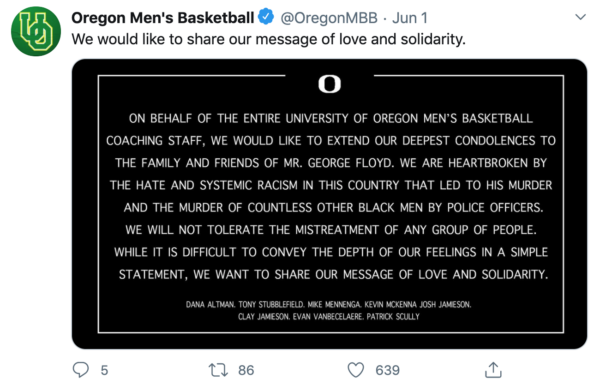