9/7/2011: Seems like a good time to repost the data on UO faculty salaries produced by Sarah Douglas and Marie Vitulli for UO’s AAU chapter: 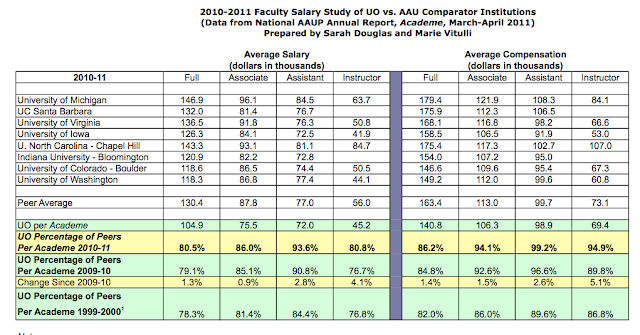 Faculty raises were a priority for Lariviere from day 1, when the June 2009 story came out that UO professor salaries were the lowest in the AAU – below Missouri by some 10%.

UO Administrators? Last time I looked, in 2009, they were typically paid 100% of the median for 4 year public research schools. The Chronicle has not updated it’s data on this since 2008-09.