What will Kitzhaber do?

11/28/2011: The fate of President Richard Lariviere, of his New Partnership, and of UO as a serious research university is up in the air. Path A is control by OUS Chancellor Pernsteiner, followed by gradual but inevitable descent into mediocrity. Path B is Lariviere’s New Partnership, followed by a big question mark. At the moment Pernsteiner is winning. Governor Kitzhaber will make the final call. We might learn something about his plans from today’s legislative committee meeting: 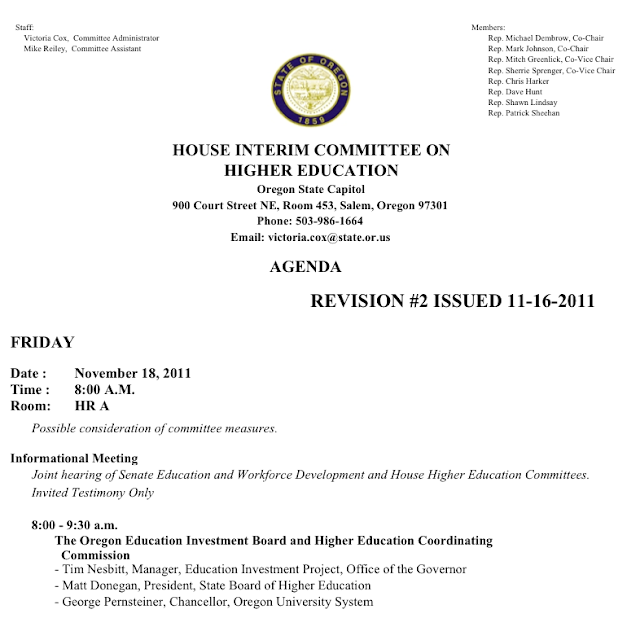 4 Responses to What will Kitzhaber do?