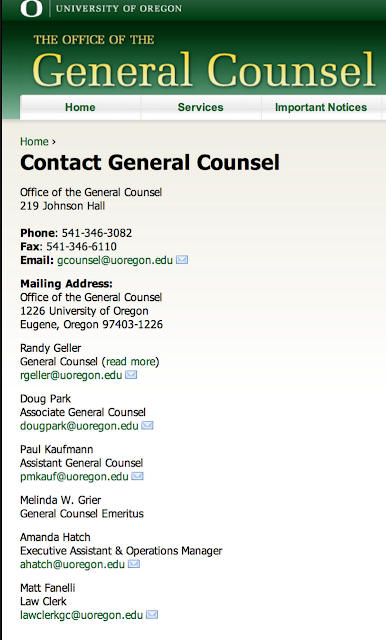 Does anyone know what happened to Assistant General Counsel Paul Kaufmann? He used to be listed on the GC website, right above Randy’s General Counsel Emeritus (sic) Melinda Grier.

Actually, I’m not so sure about Geller either – the GC’s website now just says “under construction”.

Word down at the faculty club bowling lanes is that Kaufmann left the GC’s office for unknown reasons, though he’s still in the UO directory. If anyone knows more, drop me an email or post a comment. 2/28/2013.

One Response to Whatever happened to Asst GC Paul Kaufmann?