Cliff Harris and Darron Thomas: "We smoked it all"

5/2/2013: Sad finale: Harris arrested again, with more pot and a gun, and is cut from the NY Jets. 22 years old. Presumably Mullens thinks his new random pot testing rule will prevent this from happening again at UO. Or, according to columnist John Canzano, give him cover to claim he did everything possible to prevent it. Including taking away his players’ constitutional rights, according to noted legal scholar Dave Frohnmayer.

8/16/2011: While this is not good behavior on the players part, I don’t think its nearly as bad as taking away the money they earn and using it to pay for strippers and political payoffs, or for your own car payments. KATU has somehow acquired the Oregon State Police video of the Cliff Harris / Darron Thomas speeding arrest: 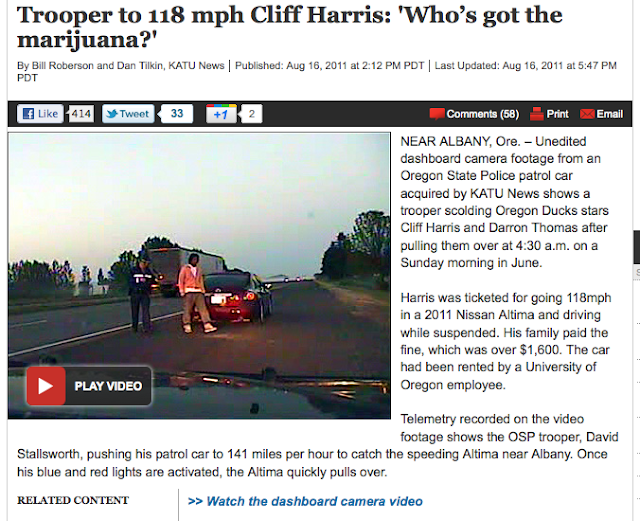 Video on Chip Kelly’s reaction to the news that people now know what he has been hiding for months is here: 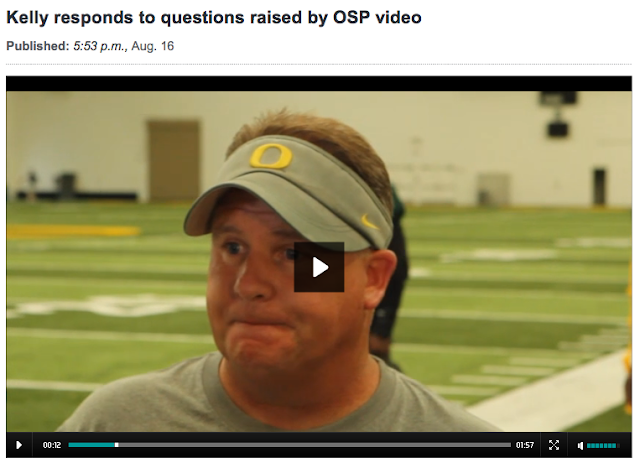 Canzano has the best quote:

Kelly’s annual salary makes him the highest-paid public employee in state history. Yet the guy on a trooper’s salary was left to do the teaching.

One Response to Cliff Harris and Darron Thomas: "We smoked it all"