By uomatters | 06/24/2013 - 6:05 am |06/24/2013 Uncategorized
6/24/2013: Work in progress, suggestions and corrections welcome. UO won’t release the long-term financial projections on which Jamie Moffitt is basing her claims that they can’t afford the union salary proposals, this is my stab at figuring out the situation.
Summary:

So, overall, it looks like UO has about $50M in “unexpected” new revenue and reduced costs just for this year. On top of a $64M increase in tuition and fee revenue last year. And UO’s reserves continue to grow. But the administration still is claiming that they can’t afford to pay for the union salary proposal, which is only about $8M more than the admin has already offered, or about $25M recurring, including benefits.
Tuition and Fees: OUS just voted to approve UO’s proposed tuition and fee increases. From pages 41 and 42 of the pdf, UO’s tuition increases are 4.49% for in-state and 3.45% for out of state (on top of 6.1% and 3.6% increases last year). In addition there are increases to a variety of fees. UO’s predictions of extra revenue from these increases are perhaps intentionally confusing. They did not provide the union with any estimate of the revenue increases from the proposals that were made, or accepted. However, including the fee increases, 5% seems ballpark. UO predicts that this would increase tuition revenue by about $31.5M a year, recurring. That is after taking out $2.5M that goes to JH directly, via Shelton’s budget model, for things like Glock ammo and Jim Bean’s sinecure. 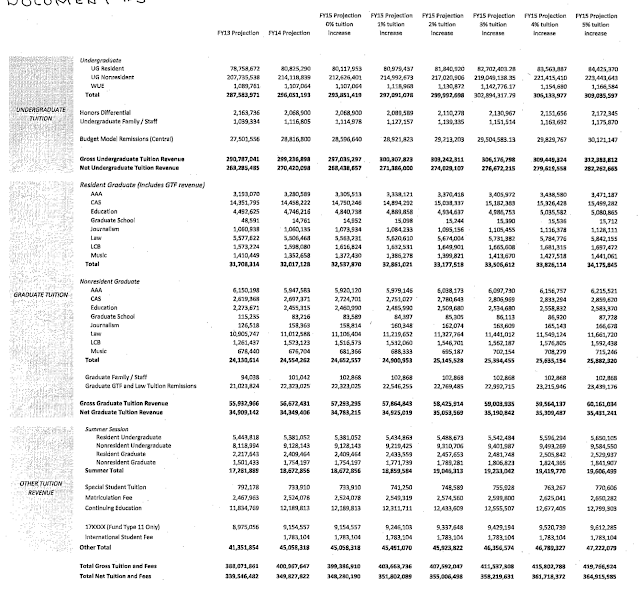 PERS: Jamie told the union that she had been instructed to budget for 30% increases in PERS costs. SB 822 has already cut that substantially, additional legislative changes, administrative changes by PERS, and hiring of new employee into cheaper plans and investment earnings make it possible there will be only a small increase, or none.

State Funding: The admin report to the union assumed a 3% increase in state funding to OUS and noted that UO would likely see less. The current budget proposal is for an 8% increase. UO was already planning for an increase in appropriations from $43.7M to $43.8M for the upcoming year, adding in another 5%, let’s call it $2.2M in new revenue above projections. 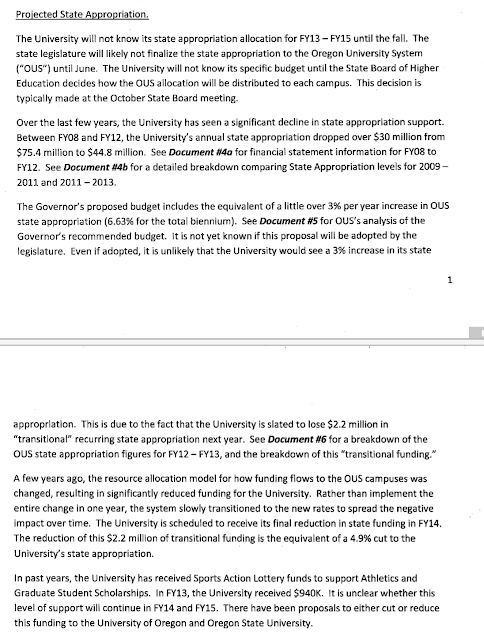 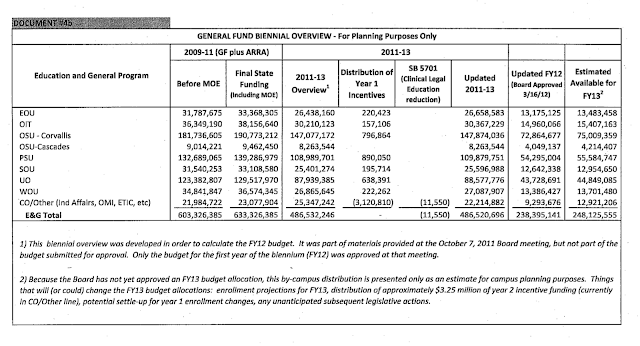