In solidarity for the protest, ASUO President Sam Dotters-Katz, with the support of student presidents from Oregon State and Portland State universities, has also called for students across the state walkout.

“These folks work some of the lowest paying and often least appreciated jobs on campus,” Dotters-Katz said in a statement Thursday morning. “They deserve a contract that treats them with dignity, respect and most importantly fairness.”

The fact that the UO student government is calling for students to walk out in sympathy for the underpaid UO staff certainly puts a new spin on VPAA Altmann’s call for the faculty union to stop negotiating and:

“Shift Focus Back To Educating Our Students”

Contract negotiations between the University and the faculty union, United Academics, ended Friday without a union response to the salary proposal the University put on the table earlier in the week. That’s disappointing, … The leadership of United Academics has repeatedly said it wants to do what’s best for the UO and its students and faculty. Now is the time for the union to demonstrate that commitment. 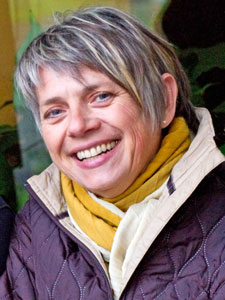 Barbara Altmann, Vice Provost for Academic Affairs and Professor of French. Questions? If you have any questions about the contract negotiations, please contact me at baltmann@uoregon.edu or (541) 346-2172.