The 2013 state CFD is now closed, final results are at https://www.ipledgeonline.org/_cfduniversities/. The CFD allows OUS employees to give by payroll deduction, and earmark the gifts to a wide variety of state and local causes. Consistent with preliminary data reported earlier, overall, UO giving was $220,855, down slightly from $228,970 in 2012. UO comes in far ahead of OSU, which gave just $82,099.00. The overall UO payroll is about ~200M, so we gave about 0.1% of income to the CFD.

The athletic department payroll is about $30M – including 5 or so with incomes over $500,000. While in general the income elasticity of charitable giving is well above 1, that rule doesn’t seem to apply to coaches. The Duck AD gave a total of $15,696, about 0.05% of income:

On the other hand they did fly most of their department to San Antonio at UO expense, apparently to spend an hour packing boxes for the local food bank. Meanwhile, the Beaver’s athletics department doesn’t seem to have given a dime. Full UO results: 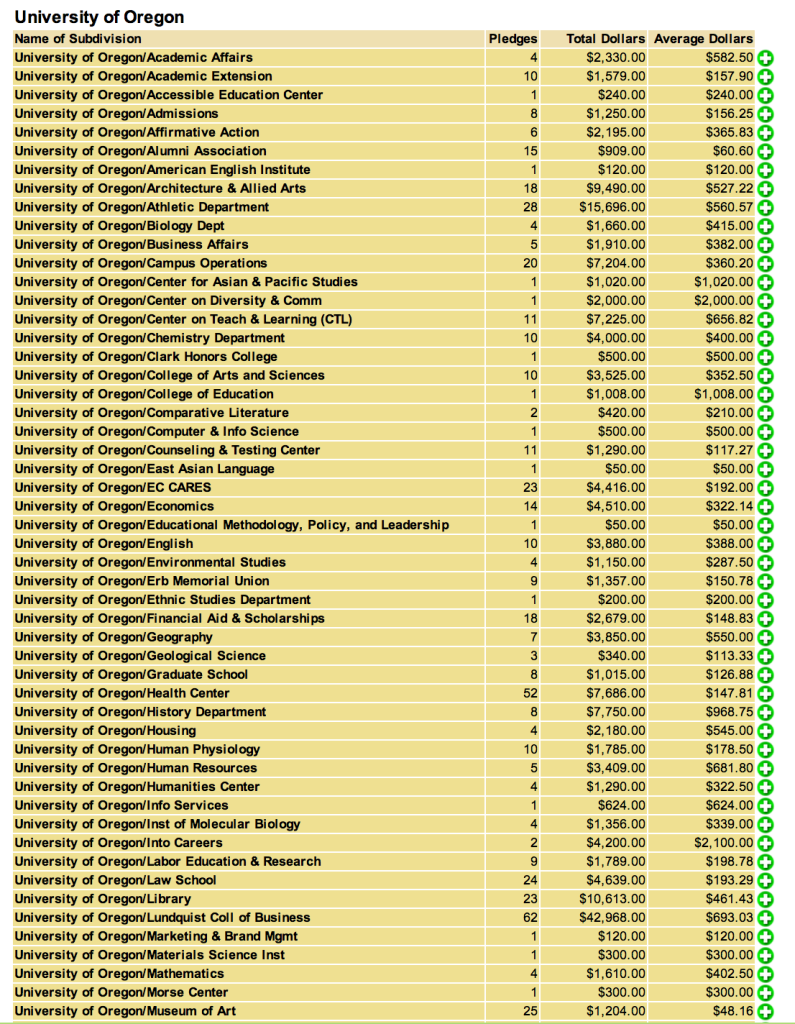 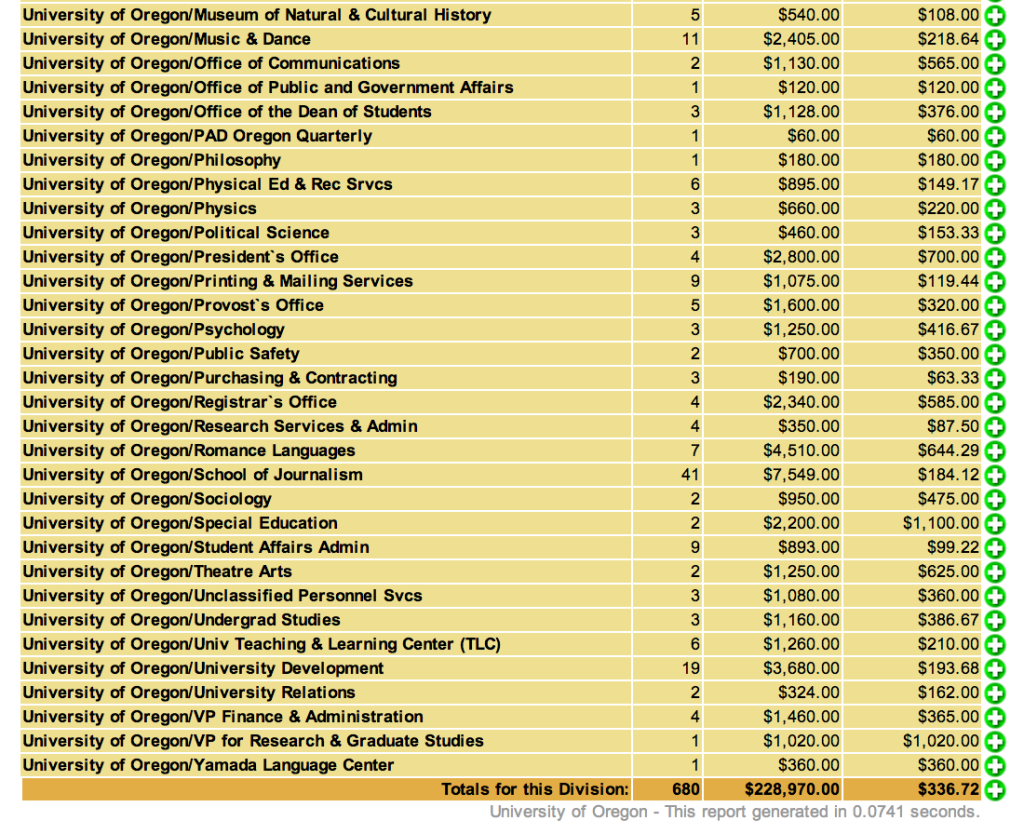