1/20/2014 update: Oregonian reporter Christian Gaston predicts the legislature will promise OHSU the $200m in the February session – will they add in something for UO? Nope, WOU’s Peter Courtney is still in charge. Video here.

Willamette Week has an interview with the OHSU researcher and administrators involved. (More here.) Probing questions about the potential benefits, Knight as a philanthropist, and the opportunity cost to other state causes. The fundraisers I’ve talked with emphasized how the matching requirement of Knight’s gift was going to stretch Oregon donors thin and harm UO’s campaign.

Meanwhile UO is still trying to find some magic way to apologize for Frohnmayer’s WRC disaster. This time we’re giving away free Uncle Phil bobble-head dolls to everyone who attends the USC game. Really. You can’t make this shit up: 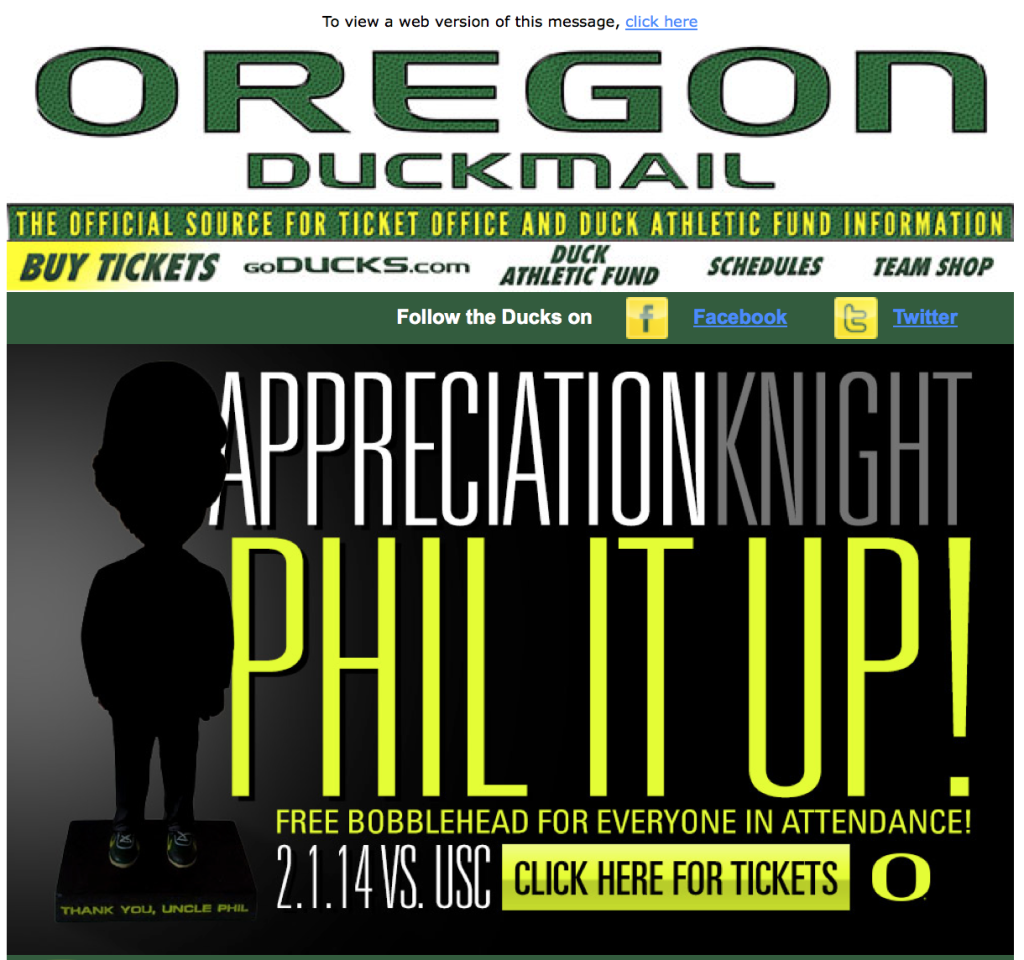