The people at the Foundation for Individual Rights in Education are dogged fighters for campus free speech rights. They’ve now given UO a “red-light warning” on its free speech policies, as explained here. While UO has a strong policy on freedom of speech, signed by President Lariviere and approved by the Senate, the interpretation by the Office of Student Conduct is significantly less liberal. For example, that office says that it is a violation of the student conduct code for a student to use curse words in an email to a professor. I don’t have many grad students who could pass that standard! FIRE also raises questions about the legality of the language UO uses regarding prohibited racial harassment. Their letter to President Gottfredson, asking for a response by June 26, is here: 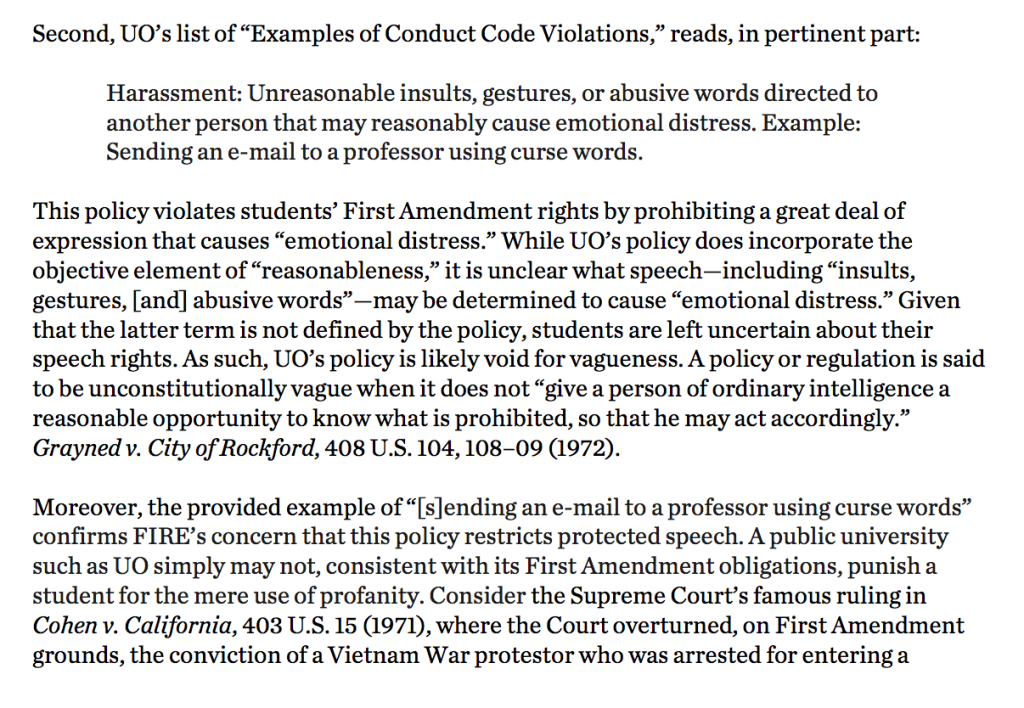