8/9/2014: One of the big worries about UO Independence was that the Board of Trustees would end up dominated by athletics boosters, as has happened with the UO Foundation, now run by Steve Holwerda, whose life dream is to become Duck Athletic Director. So far, it’s been quite the opposite with the Trustees. Chair Chuck Lillis and the board have been focused on academic excellence.

Here’s the current count of occurrences of “Go Ducks”, a now notorious phrase which many on the academic side would like to ban from official use (except of course as allowed by our new hard won Academic Freedom Policy and Lariviere’s Free Speech Policy, which notes: “The belief that an opinion is pernicious, false, and in any other way despicable, detestable, offensive or “just plain wrong” cannot be grounds for its suppression.”) Out of respect for Trustee Connie Ballmer, I’m mixing in a little Bing: 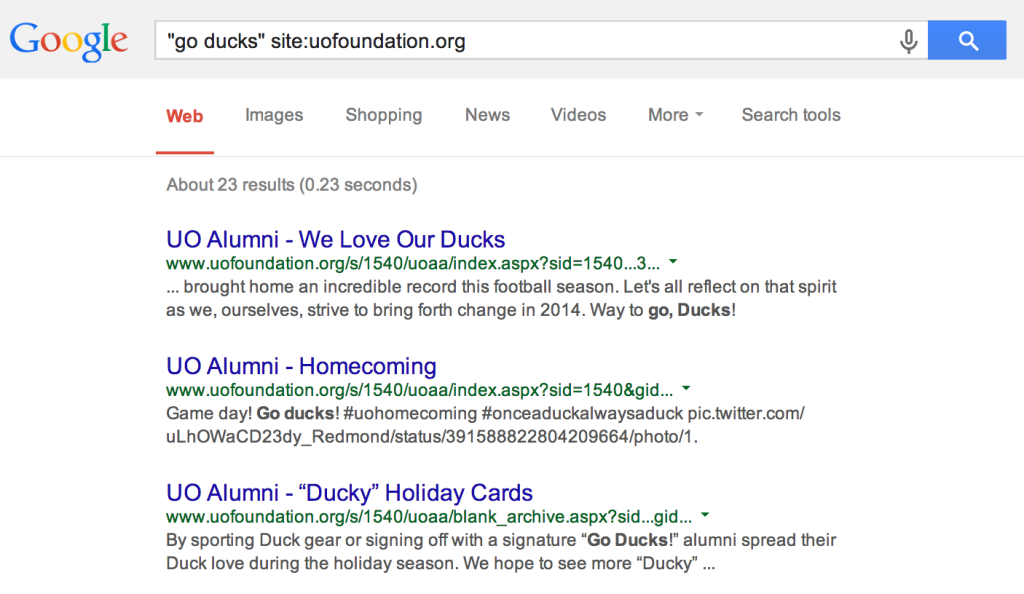