Coltrane to stop redacting public records. Instead, he’s going to hide all of them.

“The UO is open with its information, much of which is available in many places, and our hope is to consolidate some of the existing information and make it more accessible for public records requesters,” said Dave Hubin, senior assistant to the president.

That’s not what the newspapers say, of course. The headline to this Register Guard editorial captures the truth pretty well:

Redaction run amok: UO blacks out most documents about allegations

But the real news from Wednesday’s meeting of the Senate Transparency Committee was Hubin’s bald statement that UO has decided to stop redacting documents, after the humiliation of having the RG and several TV news stations and the NYT mock the redactions, and President Gottfredson: 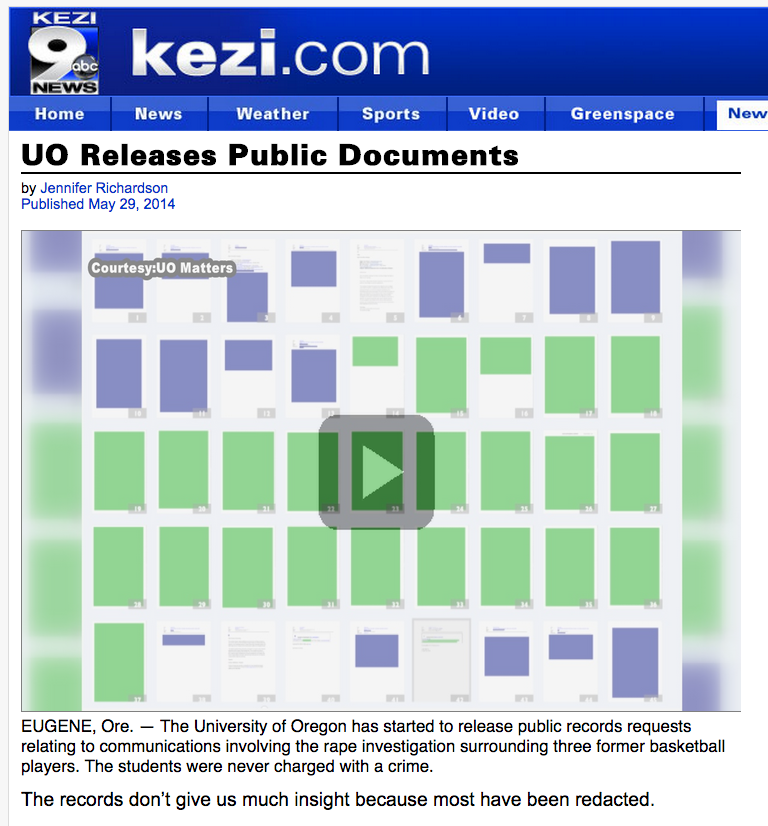 What solution to these redactions, the ensuing embarrassment, and the resulting lack of trust in the UO administration did Hubin propose? He said UO is going to change its public records procedures so that UO simply will not release documents – not even a page of them – if they contain any exempt information. And then Hubin topped it off by telling the Senate Transparency Committee that this change would be implemented by an administrative committee that would meet in secret. The faculty did not react favorably to this plan, which is utterly at odds with basic principles of open information and public records and FOIA law. People need to know enough about what is hidden so that they can use the law to protect their rights to information about what public agencies are going.

Hiding the redactions this way may indeed produce a bit less public ridicule for UO administrators the next time they decide to hide something, but it will also shred any hope that Interim President Scott Coltrane wants to rebuild trust between the press, the community, the faculty, and his Johnson Hall administration. Bad move.

Full COI disclosure: I made almost $20 from selling “Omnia Dissimulavimus” coffee cups and t-shirts showing these redactions. Enough to pay for a month of web-hosting. Get yours here: 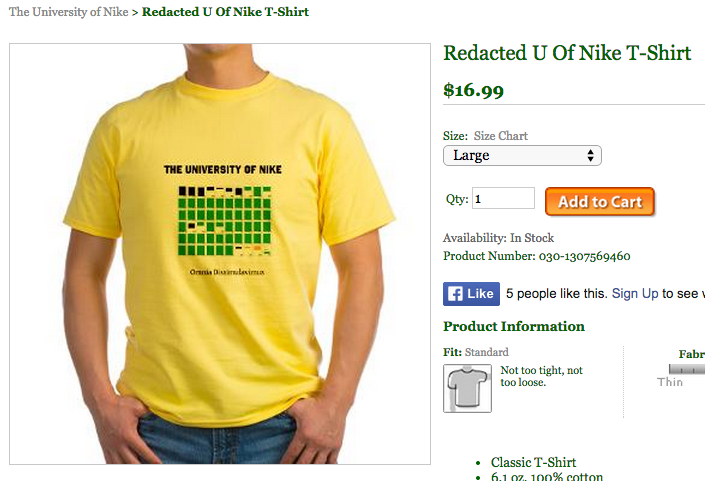 It’s a public meeting. Under Lariviere, UO did a lot to improve transparency. Berdahl and Gottfredson did their best to clamp down. Coltrane is sticking with the Berdahl plan so far – for example, stalling release of documents that might help the GTFF, or explain what Gottfredson’s secret rape review panel is up to. Dave Hubin will have some explaining to do today. The committee’s charge is here:

b) Accept and review complaints from faculty, staff, or students regarding access to public records and financial information, and make suggestions to the UO public records officer and President’s office on resolving such complaints.

For some background, read this 2013 RG story on UO charging student-journalists for public records, or any of the many stories on UO’s redactions of the rape allegation cover-up emails.

• Discuss Committee’s reorganization, broadened membership and charge
(Passed by the Committee on Committees and awaiting consideration by the full Senate.)

One Response to Coltrane to stop redacting public records. Instead, he’s going to hide all of them.