Here, in a story about state AG’s selling out to energy companies, in exchange for campaign contributions:

“When you use a public office, pretty shamelessly, to vouch for a private party with substantial financial interest without the disclosure of the true authorship, that is a dangerous practice,” said David B. Frohnmayer, a Republican who served a decade as attorney general in Oregon. “The puppeteer behind the stage is pulling strings, and you can’t see. I don’t like that. And when it is exposed, it makes you feel used.”

This is the same Dave Frohnmayer who shamelessly restarted his legal career at Harrang, Long, Gary,  and Rudnick while getting paid by UO for a sabbatical that was supposed to be used for research. He then let HLGR use his name to get UO’s lucrative legal contract, which is still costing us about $500K a year, and paying him who knows how much.

He then used his status as a UO Law Professor (which he keeps by teaching one single credit week long pass/fail law course each year) to add credibility to his arguments for big tobacco and against the state of Oregon, as described in Oregonian and in Willamette Week. He then lobbied the Oregon legislature – without registering as a lobbyist – in support of BP’s efforts to keep money from class action lawsuits against them to be used to pay for legal aid for the poor, as described in Oregonian and in Willamette Week: 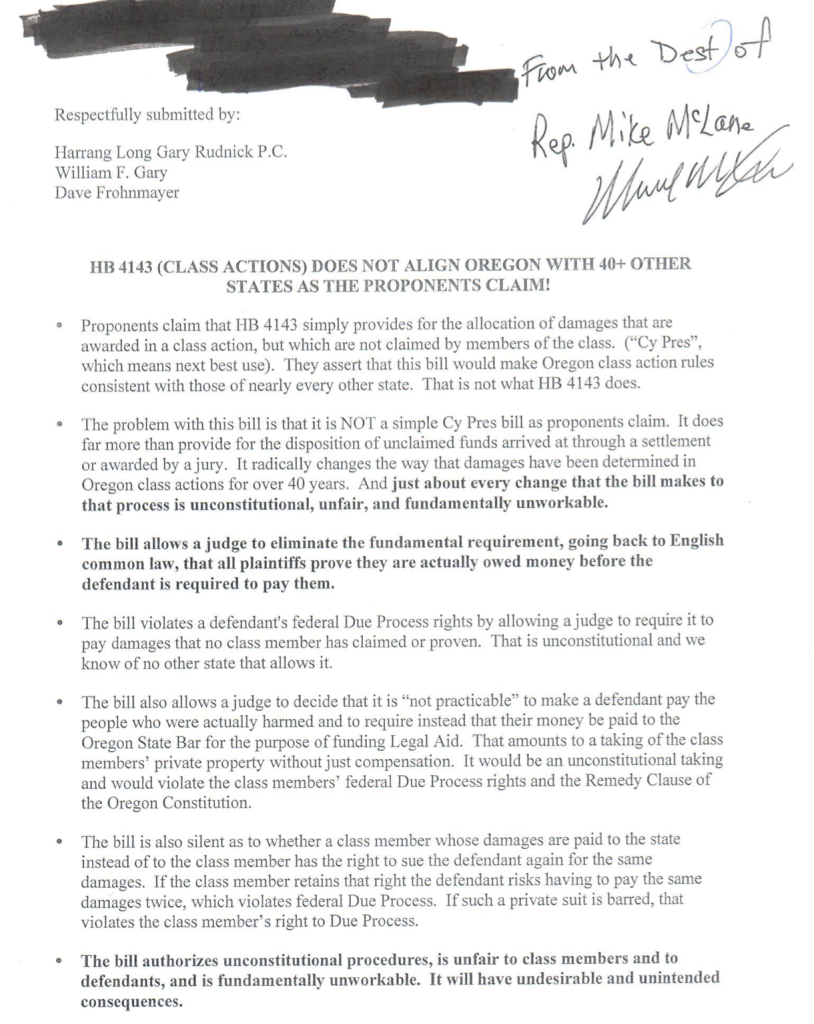