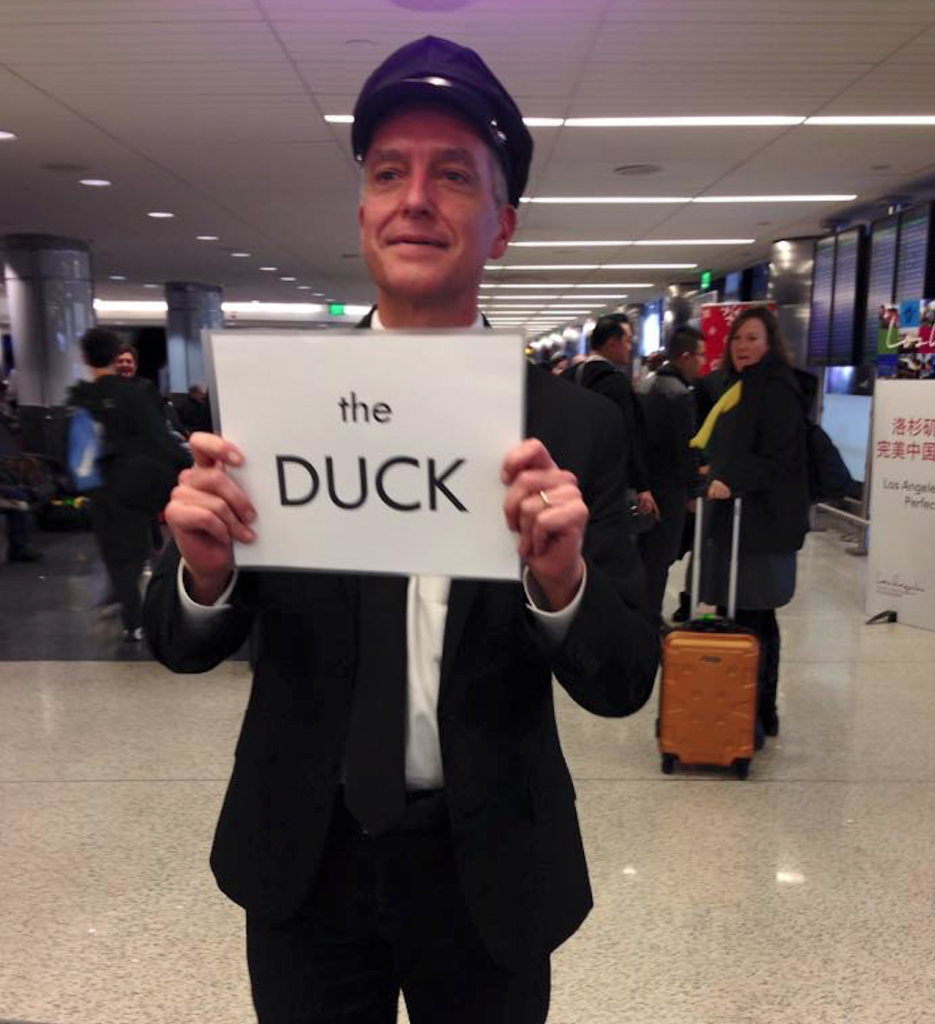 It’s good to see he’s found some honest work as a limo driver. Meanwhile our Chief Strategic Communicator’s team is churning out the traditional “Around the 0” stories on the obligatory charity and student recruiting events: 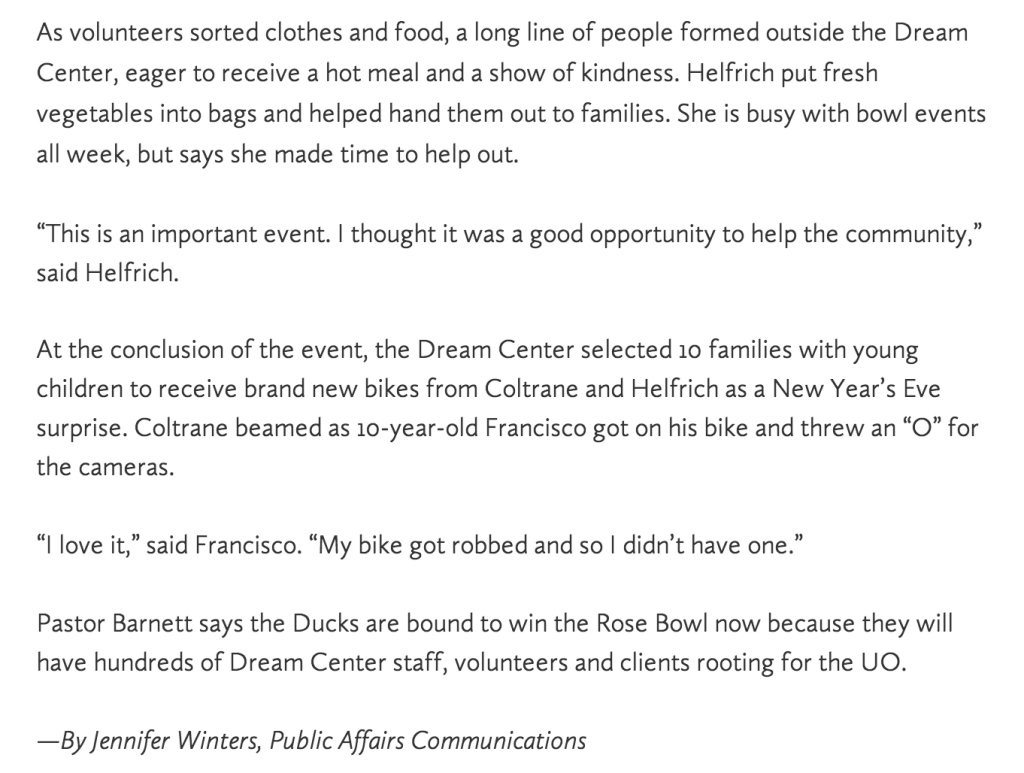 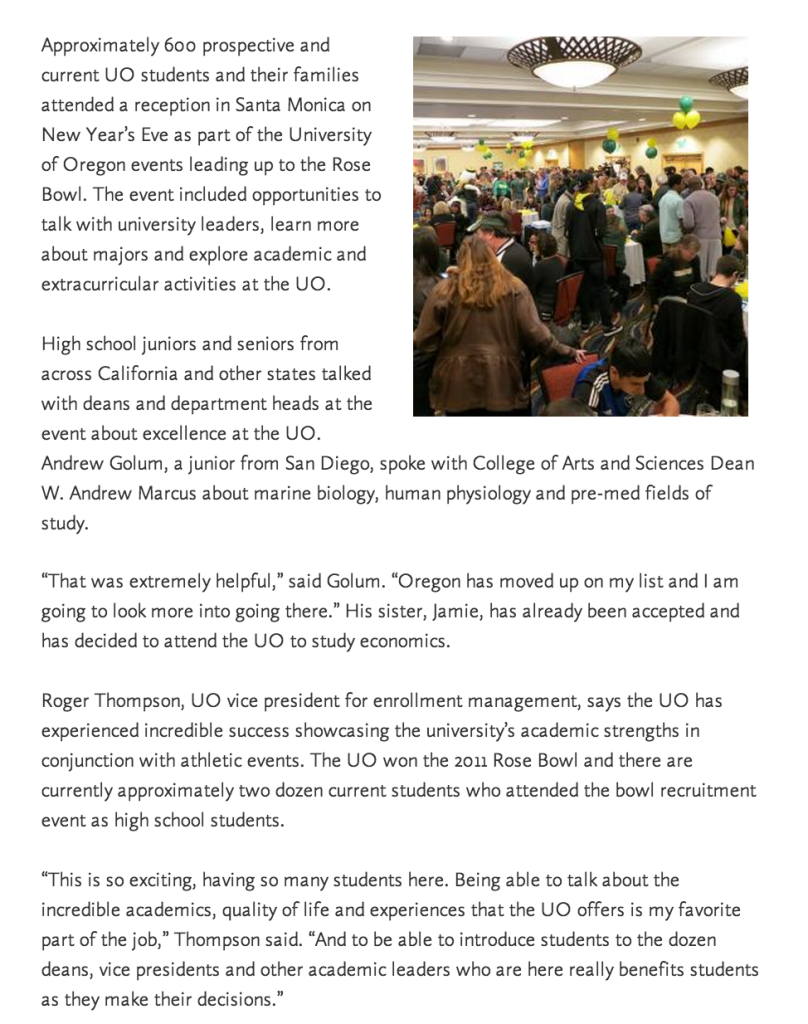 Last year it was the storied  Alamo Bowl. (Assuming time off for good behavior, former Fiesta Bowl Director John Junkers should be out of federal prison any day now.)

This year the Ducks have been selected by a committee including former Secretary of State Condoleeza Rice to participate in the new College Football Championship semi-finals at the Rose Bowl. (Ms Rice is also a former Stanford Provost, and widely rumored to be the dream candidate of at least a few UO Board of Trustees members for new UO President.) I’ll wait to make the traditional public records request for the list of this year’s Johnson Hall junketeers and their travel receipts until we see if the Ducks will make it to the nationals.

Each of these bowl games typically includes a PR puff piece TV ad about the UO, with production and broadcast cost of $500K or so, a sham charity event where players and administrators put in an hour or two helping out at a food bank or similar for the TV cameras, and an undergraduate recruiting  event organized by VP for enrollment Roger Thompson.

The enrollment events typically include a few puzzled potential local undergraduates besieged by a horde of administrators desperate to get their talk with a potential undergraduate on video, just in case the IRS asks for proof that there was some business reason for deducting airfare game tickets, and per diem ($138 lodging, $71 food) for their whole family. For example, here’s former Dean of Journalism and current UO NCAA Faculty Athletics Representative Tim Gleason giving it his best shot, from last year (or maybe the year before, I’ve lost track, check the comments): 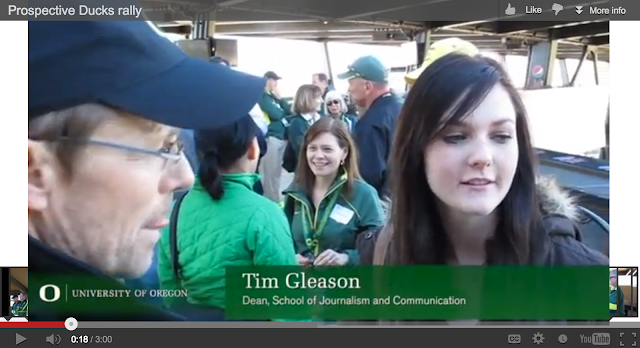 If you want to see who else took this junket, there’s video here and photos here.