Sure, it’s a national problem, but not on *our* campus. From the 2015 InsideHigherEd survey of college presidents, via fivethirtyeight.com, with thanks to an anonymous reader: 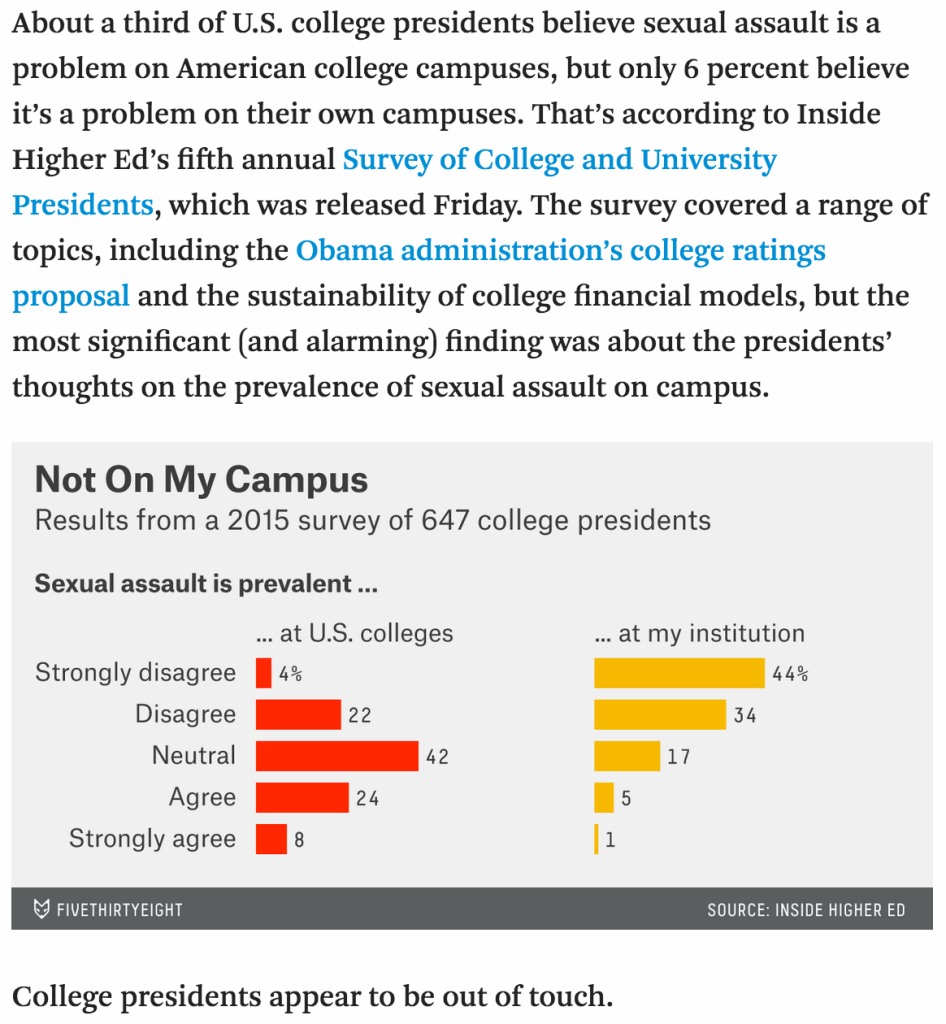 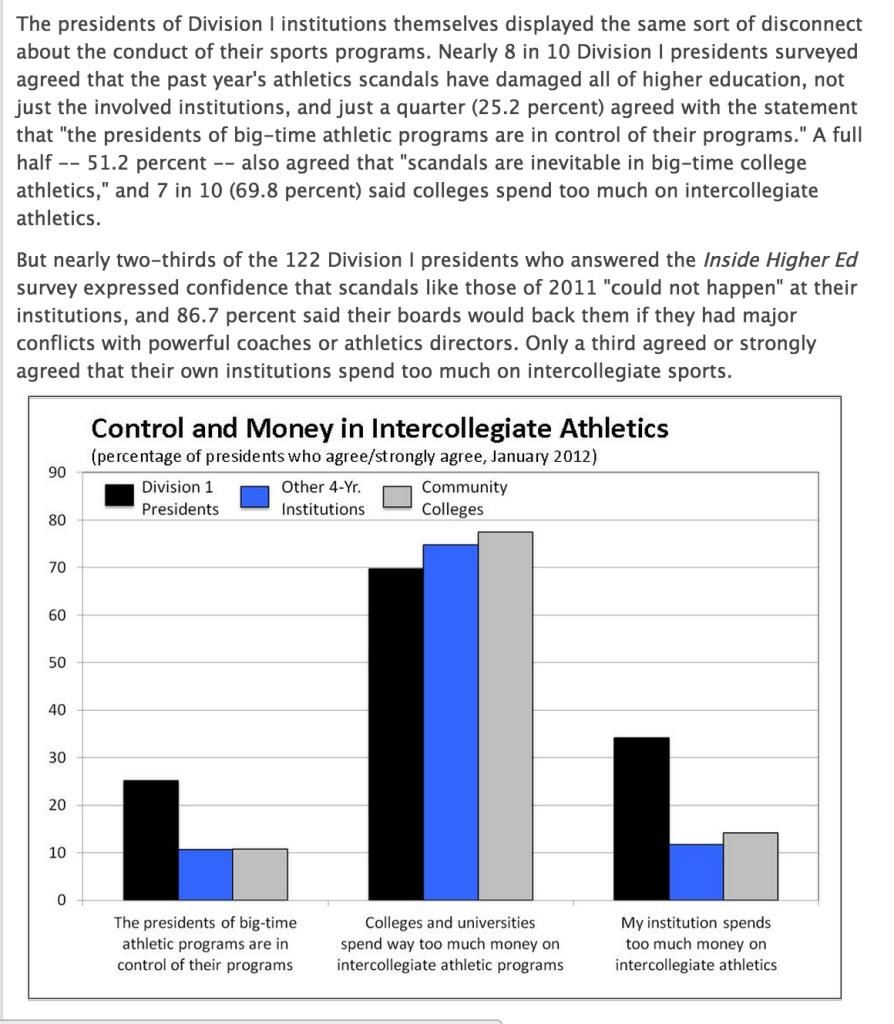