The NCAA reported last week that only 17% of the Black Male athletes who started at UO in 2008 had graduated 6 years later. Only 44% of all Black Male students (includes athletes) entering UO in 2008 graduated:

For comparison 67% of all students entering as freshman in 2008 had graduated from UO w/in 6 years. This is the most recent data. The cell sizes for gender/race are small, and percentages bounce around a lot. 17% is, from what I can tell, the historical low point for UO. The average is more on the order of 45%.

Something to protest – or at least discuss openly? Despite the millions spent to subsidize the athlete-only Jock Box, from the tuition of regular students who aren’t allowed to use it, the trend on athlete graduation rates looks flat at best.

Maybe segregating athletes from regular students in a fancy glass box is not such a great idea? 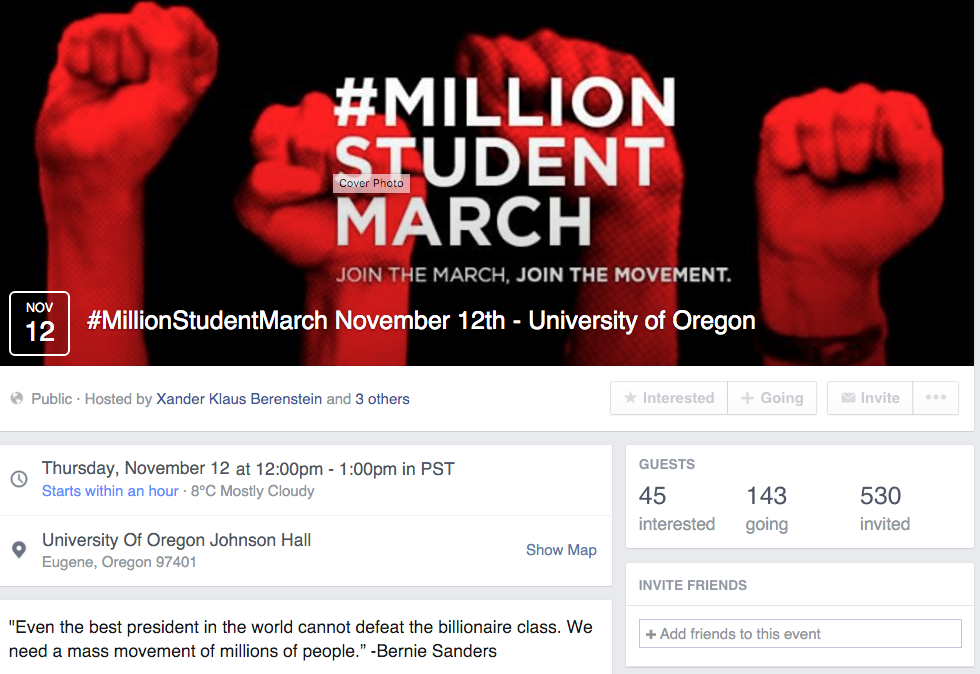 Today, 1-2, #blacklivesmatter march. Starts at the Ford Alumni Center Ballroom, after the the 12-1 Ogletree lecture: 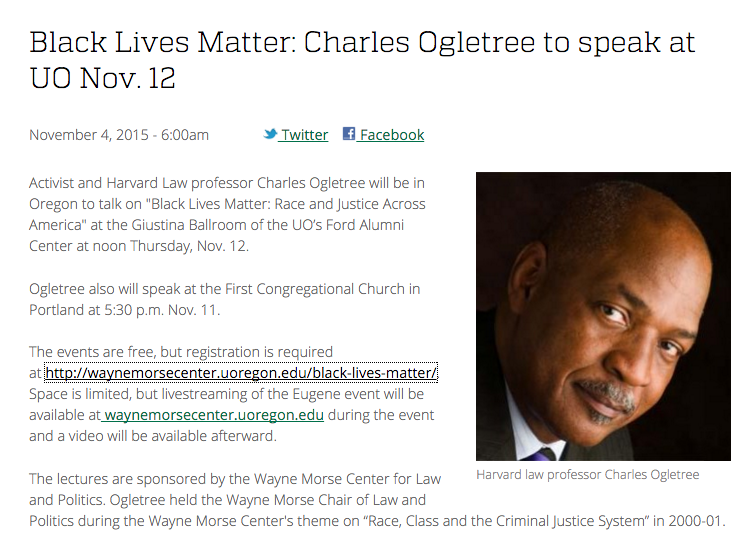 On the subject of #blacklivesmatter, Oregon AG Ellen Rosenblum has discovered that a DOJ employee has been conducting unauthorized monitoring of social media accounts for that hashtag, to keep track of Oregon state employees (and other citizens) who support the movement and therefore might conceivably, in the minds of one of her employees, threaten police. And boy is she pissed at that employee: 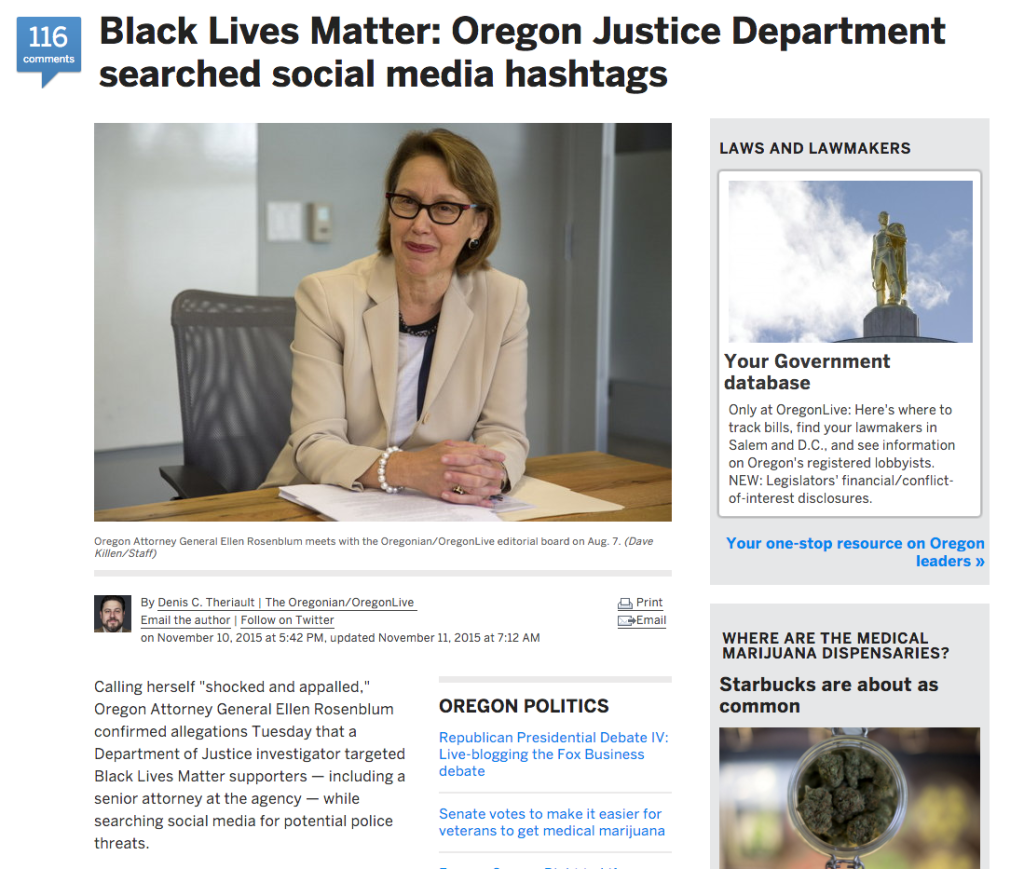 One of the surveilled: “It is improper, and potentially unlawful, for the Oregon Department of Justice to conduct surveillance and investigations on an Oregonian merely for expressing a viewpoint, or for being a part of a social movement,” Harmon Johnson wrote. “We are concerned that such unwarranted investigations are racially motivated, and create a chilling effect on social justice advocates, political activists and others who wish to engage in discourse about the issues of our time.”

On the other hand the Duck Football team has been doing this for years. Chip Kelly even hired a former NH State Cop, Tom Hart, to conduct surveillance on the players. Strictly for their own good, I’m sure. And Duck PR Flack Craig Pintens has the job of making sure they don’t talk to the press without his supervision. Wouldn’t want another Missouri type situation, would we. Here are some links to reports about basketball coach Dana Altman’s successful efforts to shut down his team’s Black Lives Matter protest. 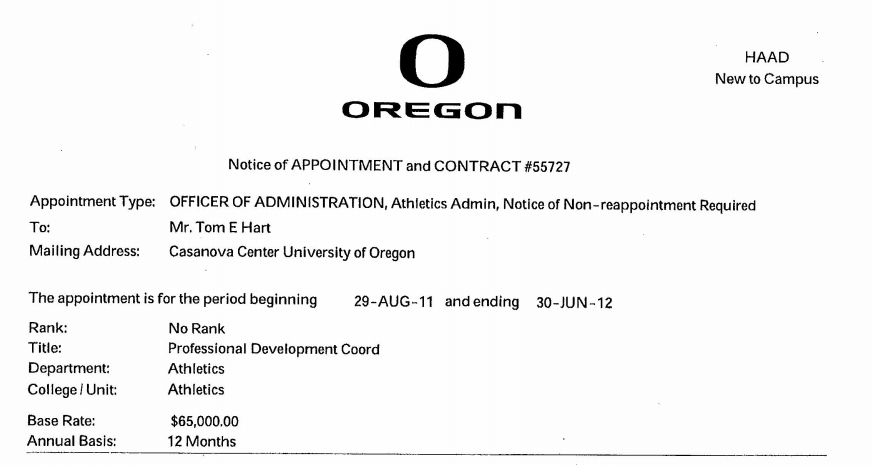