One of the debates during the union organizing drive was whether or not a faculty union would really mean higher pay. There are surprisingly few studies on this. The American Psychology Association recently released a very detailed report on 2014-15 salaries for psychology faculty, here. The result is just correlational (despite the language used in the report) but presumably the endogeneity bias would work in the opposite direction of a causal effect of union bargaining, so these numbers are pretty impressive:

The presence of a collective bargaining unit in public institutions played a very important role in determining the salaries earned by psychology faculty. Salaries were consistently higher across all academic ranks for psychology faculty whose public institution had a collective bargaining unit. This pattern of results was found for both tenured/tenure-track and non-tenure-track faculty. 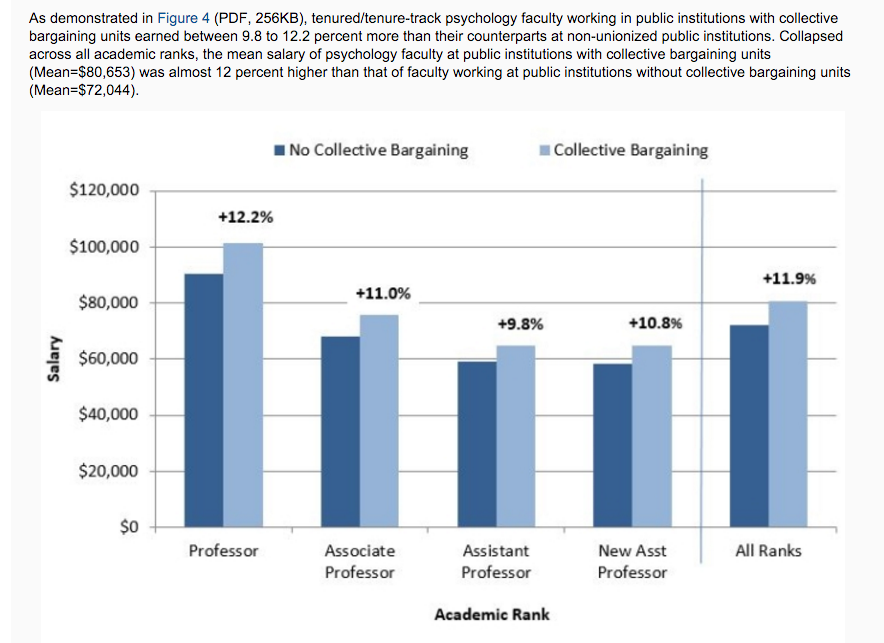 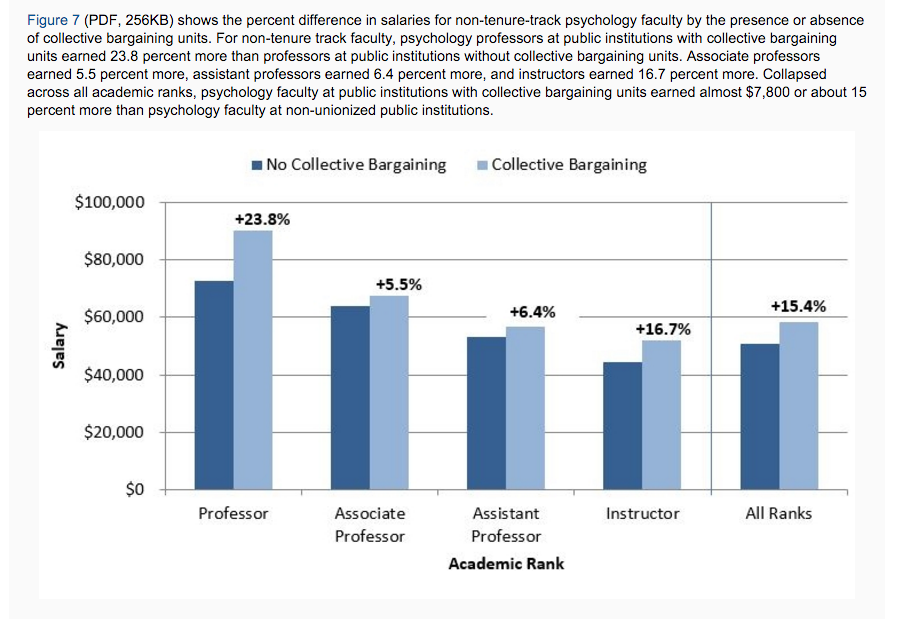