Interim CAS Dean Andrew Marcus sent this blunt and prescient letter to then President Gottfredson and Provost Coltrane two years ago. I can’t remember where I got it – probably from my stash of presidential archives. PDF here.

In it Marcus lays out the budget problems that he’d inherited from former CAS Dean Coltrane, and that had been inflicted on CAS by the many changes in Brad Shelton’s budgeting model – including diversion of CAS tuition to other colleges – and the side deals, as well as by SCH declines and the faculty union’s successful bargaining efforts to move pay toward the AAU averages.

Marcus also puts Gottfredson on notice that money will have to be found to boost tenure track hiring and pay for science startups, or we can kiss the AAU goodbye. Gottfredson did raise money  – for a new softball stadium.  Coltrane raised money too – for 160over90. Here’s hoping Schill brings in something for the academic side soon. Meanwhile the bleeding will continue, at least in CAS. 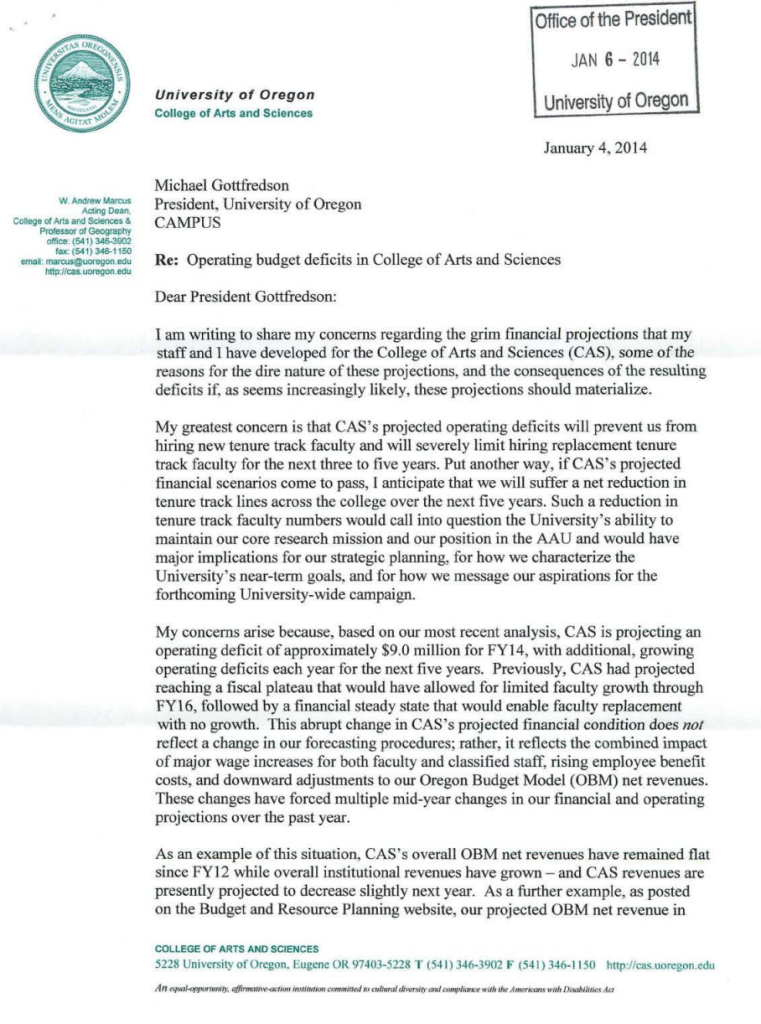 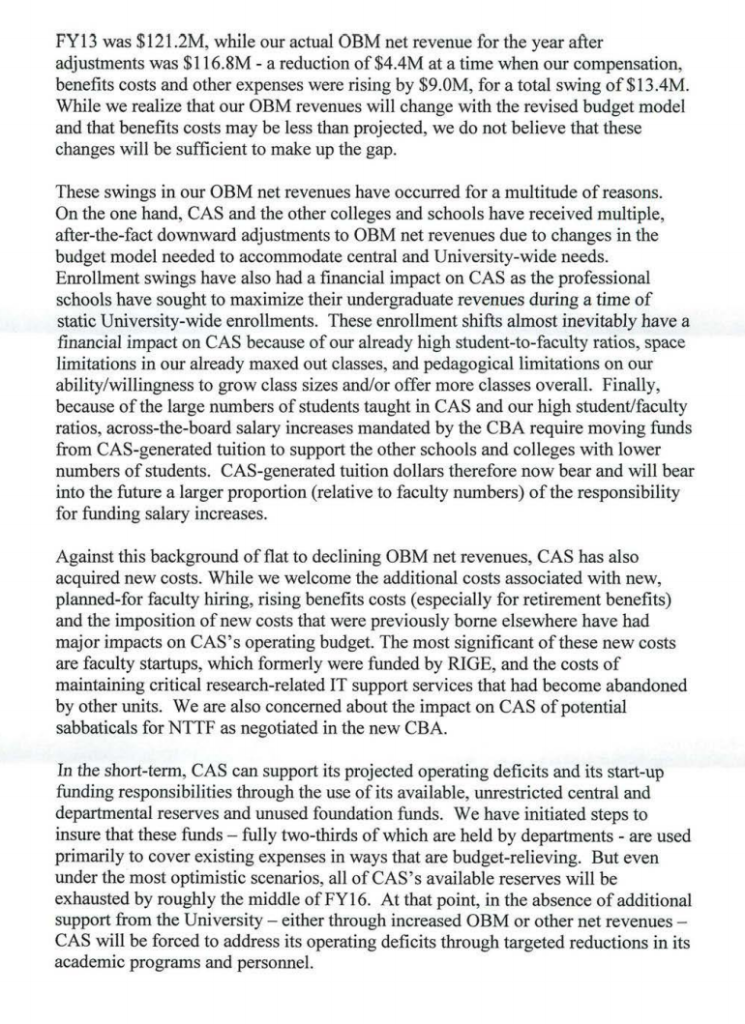 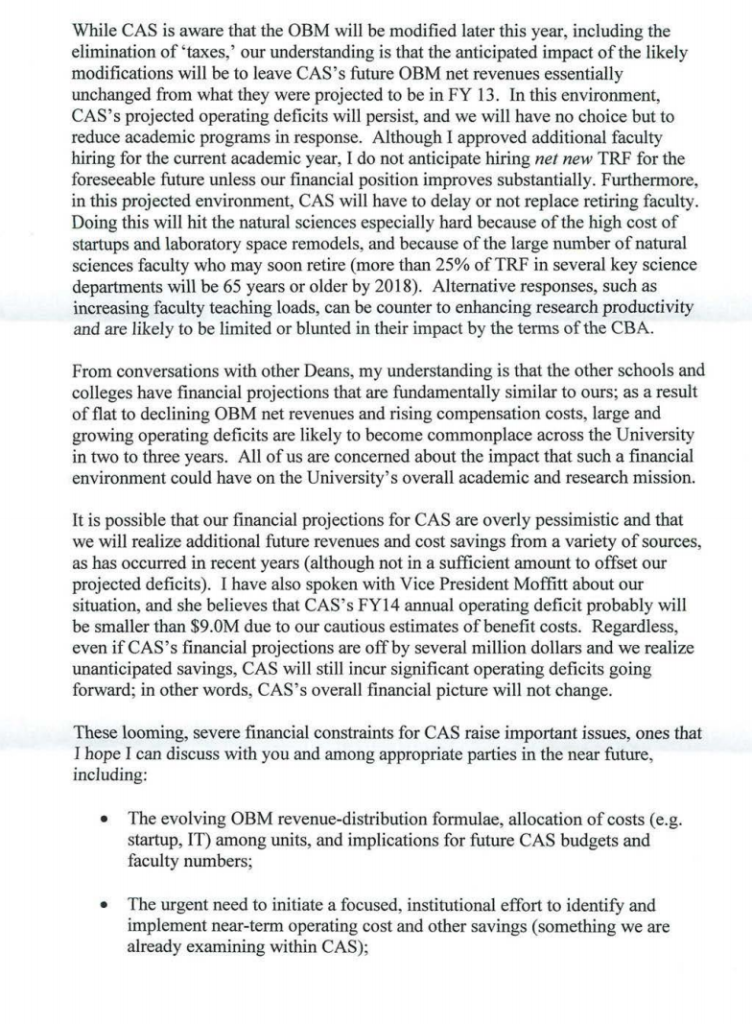 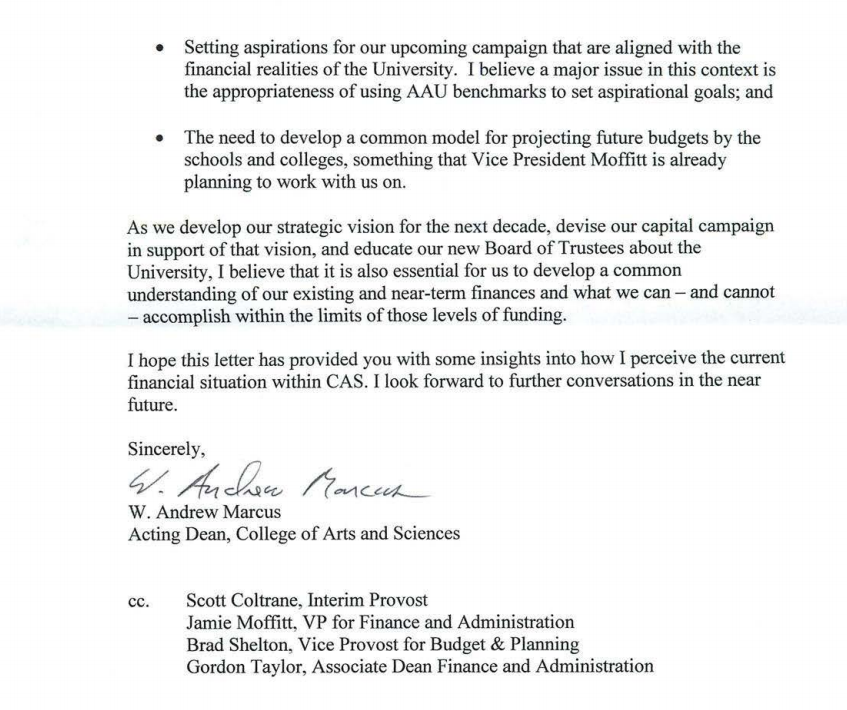