Diane Dietz has a thorough report on the student-led effort to get the UO Foundation to divest from fossil-fuel stocks, here. The students have been pushing this for years. Last year the students persuaded the UO Senate to unanimously endorse divestment – I think I was the last Senator to switch to their side. The Occupy Johnson Hall protest is very well organized – but:

At the start of the protest, Schill tried to make friends with the students who are lining his passageway. He put out a gift package of chocolates and cheeses, Divest UO campaign coordinator Kaia Hazard said, adding the students wouldn’t touch it.

“We really don’t want to accept anything less than divestment,” she said.

Yes, but eat the chocolate. It shows him you’re keeping up your energy for the long haul. Back in the day we’d have smoked the man’s cigars too: 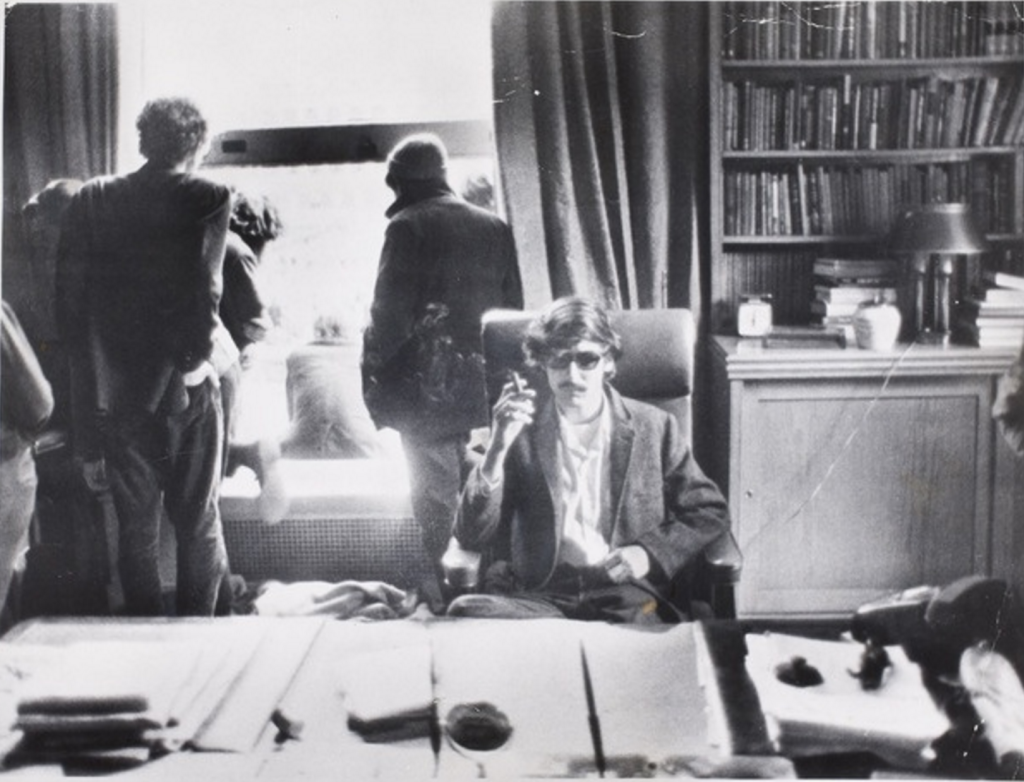 6 Responses to Eat the man’s chocolate