I don’t know who is responsible, but UO’s IR department continues to post interesting data. Thank you! Their website at http://ir.uoregon.edu/ currently features some numbers relevant to President Schill’s realignment efforts, which the Senate will take up during its April 27th Town Hall meeting, 3PM in Straub. Check out their page, the extracts below show the changes in the composition of UO students by College and division from 2005 to the present. I’ve focused on undergraduates and on comparing CAS Humanities to UO as a whole and I’ve added Business at the bottom, since it provides the most dramatic contrast.

In a nutshell, relative to the rest of UO, undergrads in CAS Humanities are now far more likely to be in-state, Pell eligible (low income) and racially and ethnically diverse – if you’re into slicing and dicing students that way. Please let me know in the comments if you see other things in the IR data that deserve attention. 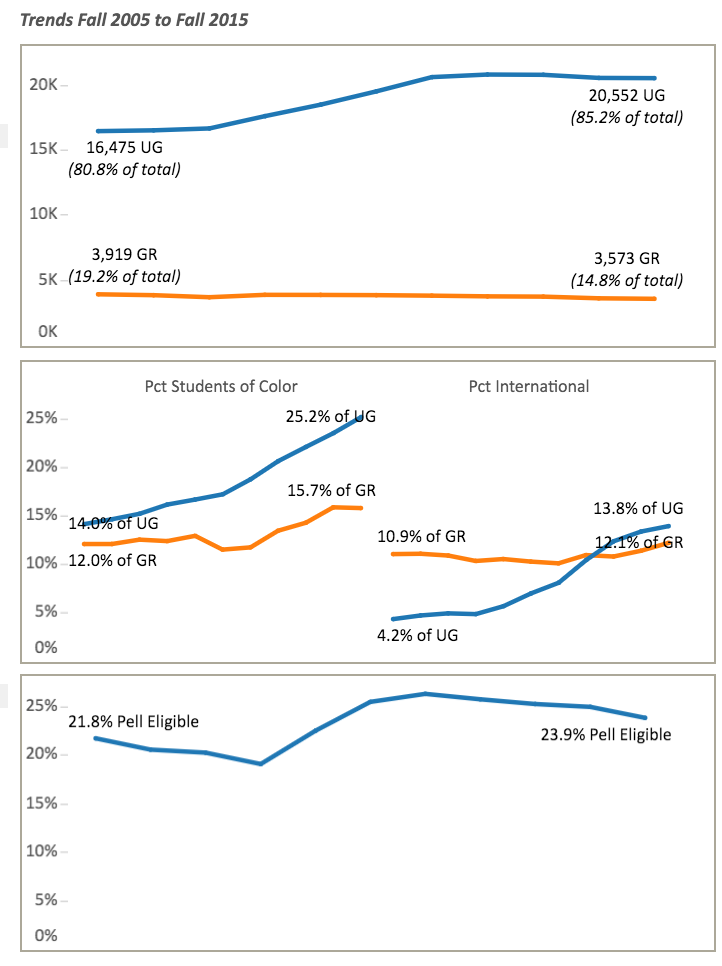 CAS Humanities: Overall enrollments are down, but the percentage of in-state students has held fairly constant now at about 75%, and the percent Pell eligible has increased to from 25% to 33%: 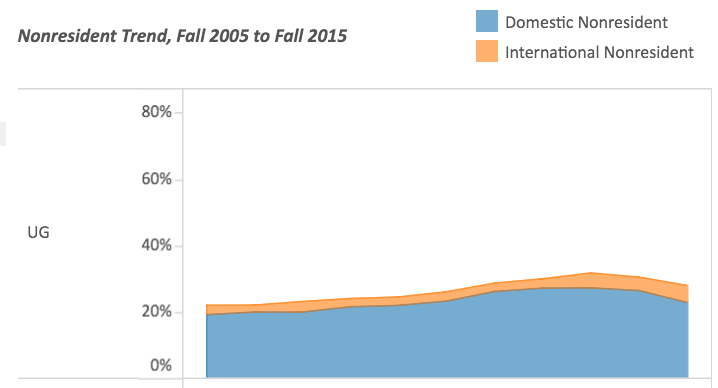 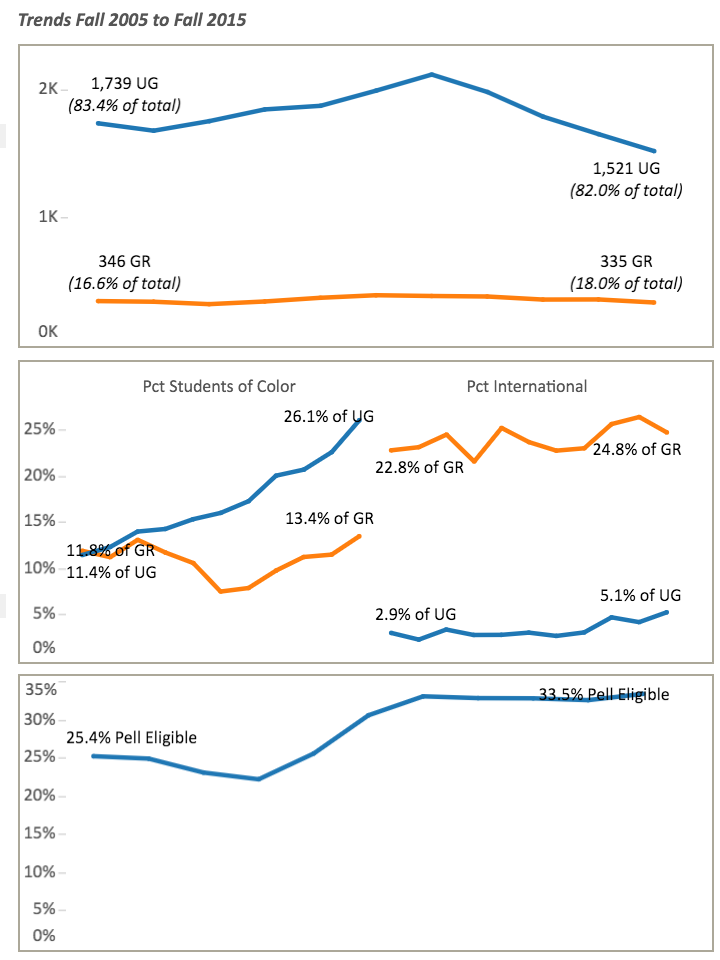 Business: Overall enrollments are up, the percentage of in-state students has fallen from 75% to 40%, and the percent Pell eligible has been mostly flat, now about 15%: 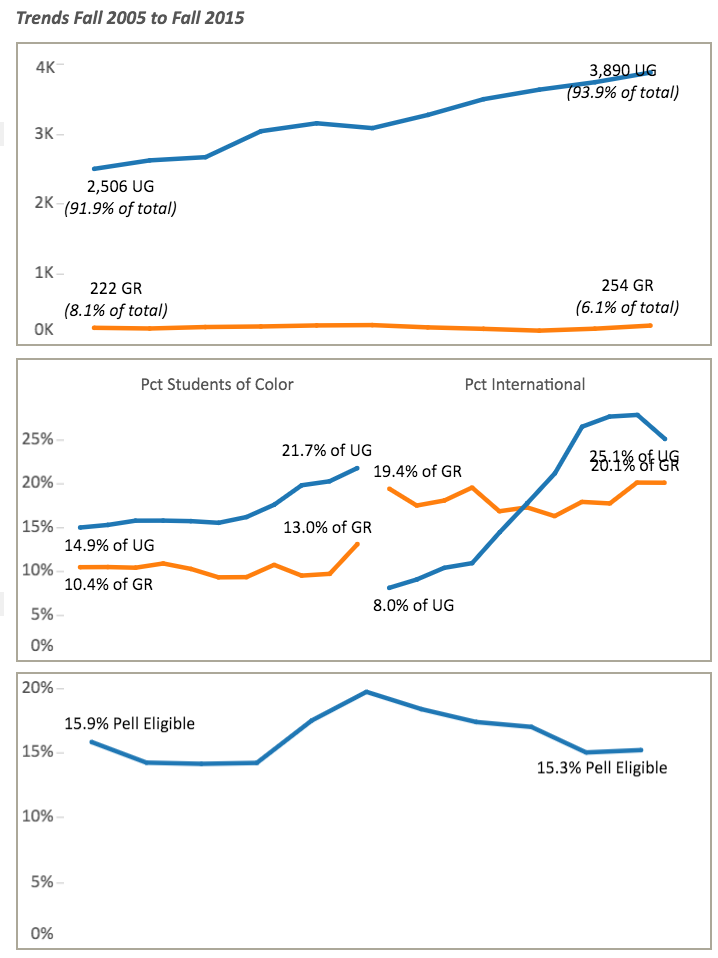